Orford Ness & Game for Everything 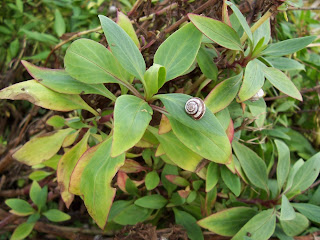 This one was living free on Orford Ness, in Suffolk, a blasted landscape in many senses, being a former military testing site and now a valuable nature preserve. A group of poets made a visit there on the weekend in search of inspiration.

It’s made up of 10 miles of seaward-exposed shingle, which we were told comprises 15% of the world’s habitat for coastal vegetative shingle (another 15% is at Dungeness). There are many signs pointing to its military past… 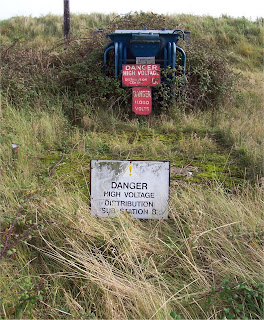 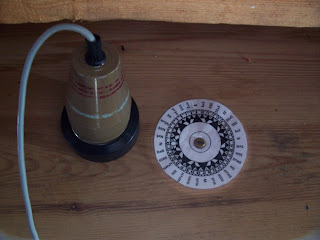 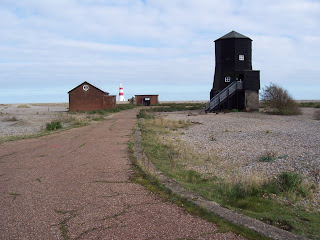 The National Trust man who showed us round told us the bomb disposal squad is still called out to deal with unexploded bombs some 15 to 20 times a year. 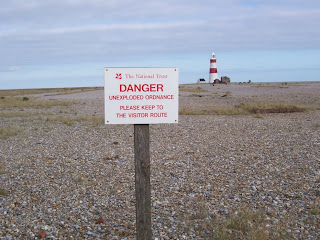 After our walk we returned to little Blaxhall 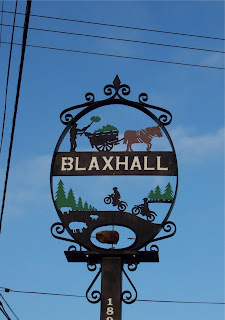 for some tea, and then made our way back to Orford for supper at the Butley Oysterage, where I dined handsomely on griddled squid 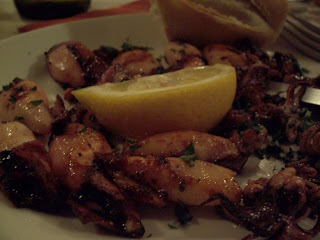 and grilled Dover Sole. A poetry workshop followed, accompanied by a very fine smoked salmon terrine with potatoes and leeks, and some of Orford’s best smoked chicken.

Then before I could turn around it was Tuesday, and time to join some of London’s Slow Foodies for a night of wild food from Mark Gilchrist, who shoots, butchers, dresses and cooks all his own game. 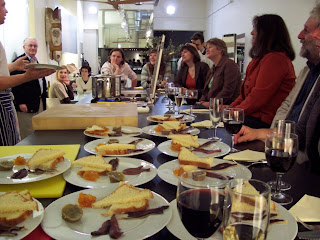 He started us off with a plate of assorted duck appetisers: Teal liver pate; Pintail confit; air-dried Pintail; salted, cured and smoked Widgeon, served with fresh brioche and kumquat jam.

Then a pan-fried fillet of Roe deer… 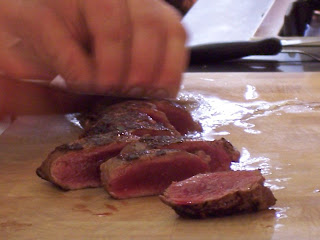 And then he put on his butcher’s coat and demonstrated how to skin and joint a hare, and told us how to make a ragout of hare like the one he was about to serve on freshly-made tagliatelli. 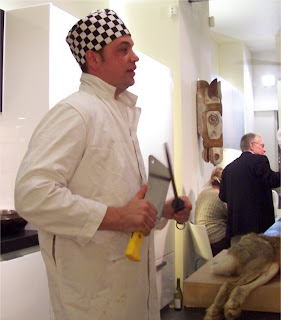 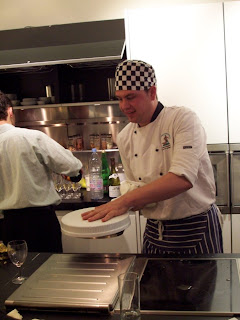 which, containing molten caramel, must be turned onto its pastry base with care… 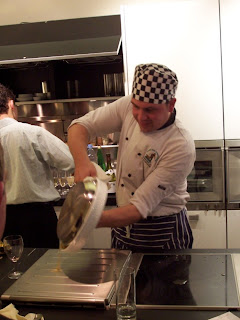 And of course it must be served with a drop of cream. 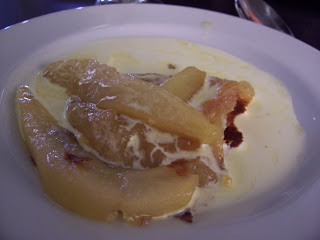