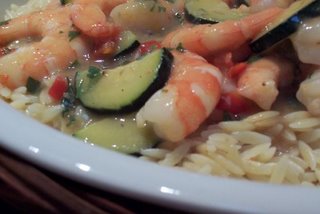 Last night’s chow was garlic prawns with orzo, that clever little pasta that imitates rice, with a few zucchini slices and slivers of red pepper so I wouldn’t have to make vegetables.

Followed by yet another variation on our dear friend the Lightning Cake, this time featuring a sliced apple topping, sprinkled with juice of half a lemon, about half a cup of brown sugar and a pinch of cinnamon (I’ve made it with blueberries and ginger as well – terrific). I ladled into the cake batter about half a cup of raisins – which had wallowed some weeks in leftover hooch – sherry? brandy? who knows – until plump. The result was gooey and crispy and perfect with Udder Guys Ice Cream (maple walnut this time). And it held up well overnight: a delicious breakfast. 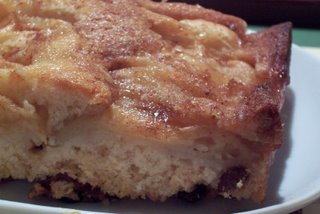