Spent last weekend across the water in Vancouver, a long way to go for a nine minute reading, but we do what we can to help the cause. Anyway I was lucky to be first and actually get my nine (and I did count ’em) minutes; as too often happens with multiple-reader events, those at the end of the program got squeezed for time. I was appearing with the Poets In Transit gang at the Word on the Street, and what a spectacular day we had for it. I read with Jen Currin, Marya Fiamengo, Kevin Roberts, Gena Thompson and finally Elise Partridge – who graciously but very sadly for us only read two poems. A wonderful thing this PIT program, and, we learned really only in existence thanks to the hard work of poet and anthologist Sandy Shreve, who introduced the event. 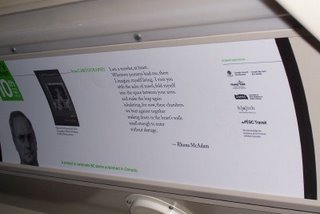 My poem as it will appear on better buses near (some of) you. Don’t know who is mr grumpy on the left or what he has to do with it all. 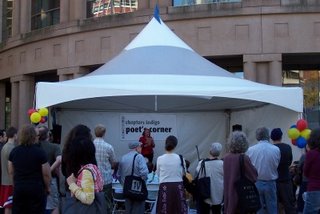 Packing them in at the Poet’s (sic) Corner (Lynne Truss, where are you?) 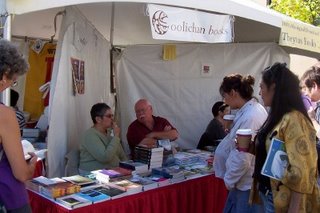 The Oolichaners (Hiro Boga and Ron Smith) brace themselves as another mob of book buyers approaches. I pushed my way to the front of the crowd and came away with a gorgeous new cookbook, Just Chicken: 100 Easy Recipes from India by Sharda Pargal. 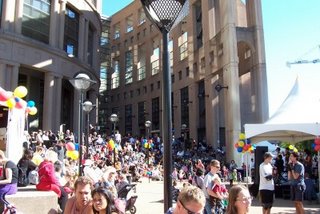 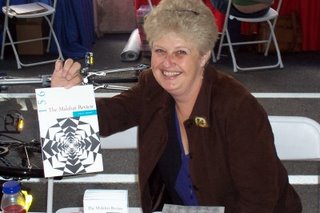 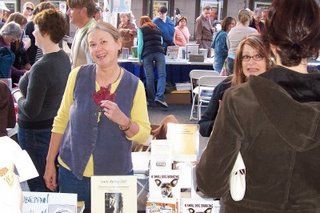 A stylish Heidi Greco stars at the sub-Terrain stand with some local autumn foliage. Next door neighbour Anvil Press had wonderful news about the shockingly good novel Stolen, by Annette Lapointe: she has just been nominated for a Giller Prize.