Last night’s welcome dinner was an amazing and many-splendoured thing. It began with a logistical assembly on the Piazza, where beneath the Christmas tree, 24 of us were sorted and parcelled into car-sized batches, according to ultimate destination, for transport to the restaurant by various staff members. Our convoy (convoglio?) then hurtled through the darkness for half an hour or so, towards Mantova, over the River Po (largest river in Italy), to Viadana. We doubled back beneath the considerable span of its bridge to the Osteria da Bortolino, on the Po’s flood plain. The restauranteur said that they do occasionally have problems for this reason and that where we sat had been under several feet of water during the epic floods – the worst in 100 years – that hit Northern Italy in 2000.

There was a photograph of the building – neglected and run-down – from 1975. Since then it has been restored and embraced by locals and the Slow Food folk alike (it figures in the famed Osterie d’Italia guide – now available in English). 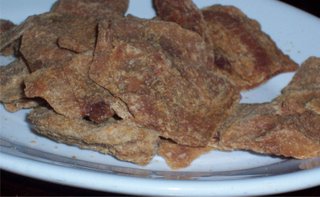 A nice plate of cicoli

Chosen as a good example of simple and typical osteria fare, it offered us five courses of Mantovan specialties. When we arrived the table was provisioned with baskets of bread and plates of cicoli, the local version of pork scratchings – as they’re called in England – these ones thin slices of fatty pork, fried and salted. Then arrived large platters of salumi – prosciutto of course, and coppa, pancetta and local salami. Delightful of course, and we followed Paolo’s advice that these things were normally eaten with the hands, on some of the bread. 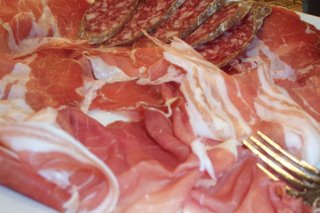 Two courses of pasta ensued. The first, tortelli verdi, looking to me like ravioli – but we’re learning that pasta is named and filled regionally – apparently the pasta fillings change every twenty kilometres in this country. And though it looked like spinach the filling was in fact swiss chard.

The next round was tortelli di zucca – a traditional Mantovese pumpkin filling, with mostarda and amaretti – sweet but tangy, not quite as sweet as the pure pumpkin pasta we had last week, sharpened by the mostarda (a sort of fruit jam made with mustard, and served mostly with cheeses). The aroma of the butter in which the tortelli were bathing, sprinkled with parmiggiano, swam out as we passed it around.

Meanwhile the university’s director, Vittorio Manganelli (a serious wine expert whose work on the Italian wine guide requires as many as 80 tastings per day each August!) arrived with a couple of heavy wooden boxes which the director of the Colorno campus, Carlo Catani, pried open, and they then attempted to begin educating our palates with tastings of a couple of the featured wines from the wine guide: first a Langhe Rosso “Bric du Luv” 2003 Ca Viola, from Piemonte. Delightful we thought and certainly preferred over the Lambrusco (a local sparkling red that, well, we had to try for the experience), though our expert somewhat dismissed it for its ‘international’ flavour. And we were then treated to a Barolo, venerated for its long-living tannens and – well – perhaps my vocabulary will be more adequate after next week’s Barolo tasting at a Parma enoteca (wine shop). It was very good, however we want to say that.

We next had a mystery dish – fried polenta slices with a stew that was, afterwards, revealed to be one of the house specialties: la carne di asina, lo stracotto di asinina. Sorry, Eeyore, it were a donkey. A female one. It is a dish traditional to the region, but the meat is hard to source now, and much of it comes from Slovenia or other countries; horse meat is apparently much easier to find locally these days. It’s a dish that takes three days to cook, as it’s rested between incarnations, and then served when it’s meltingly tender and richly flavoured. But to be honest, I don’t think I could have identified it as other than a well-cooked beef-like substance. It came with a platter of warm, meltingly tender spalla cotta – a kind of ham that had been cooked in wine and water. 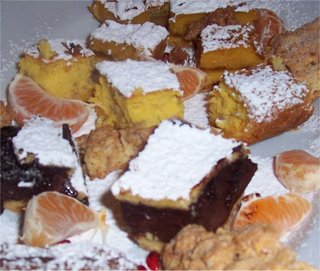 On to the dessert which was a selection of cakes: pear and chocolate; lemon (perhaps a rice cake, from the cheesecake-like consistency?); and a Mantovan specialty, sbrisolona whose name suggests the crumbs (briciole) that will fall from your lips as you eat.

We passed by the beautiful cheese but did not eat…

After supper we were bundled back into our vehicles and taken to a mystery location: ABICI (a pun on the Italian a-b-c; bici means bicycle) – a smart and unlikely shop we found on a cobbled street in Viadana. In we trooped for an impromptu party – bottles of prosecco were opened and the beer cooler was opened to us as well, as we marvelled at the designer knick-knacks and of course the bicycles. 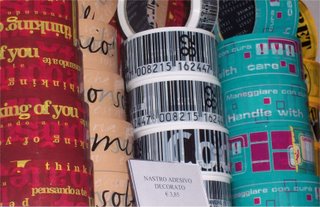 The owners have started a small but flourishing business in producing traditional-styled Italian bicycles, based on models of the 1950s. They have a particular style which differs from the ubiquitous bikes of Amsterdam – which to my untrained eye they resembled. I was told the seating style is different: in Amsterdam they sit upright, and in Italy the riders lean slightly forward. The exact purpose to which these bicycles will be put by the Slow Food movement is a closely guarded secret, or perhaps a yet to be fully planned project, but we will encounter these bicycles again next year. 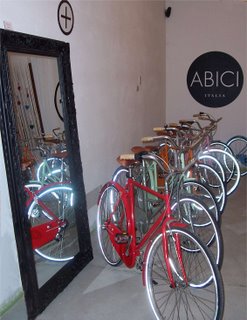