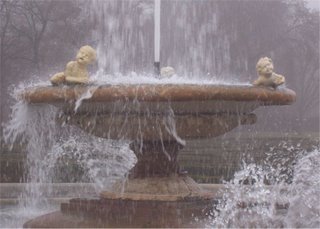 We learned something about cheese tasting yesterday in a first class on that subject, when we went nose-to-rind with four fabulous cheeses. It was very exciting and entirely delicious, which was a small miracle given the continuing cold-type ailment which has been working its way around my upper respiratory sytem since the first week of classes.

It helped that we were mostly trying strong cheeses – Fontina, Pecorino Toscano (an unusual one, aged 4 months in a cave!) and a very rare and exquisite four year old Parmigiano-Reggiano – as well as a fresh Mozzarella di Bufala Campana that was soft and yummy and totally unlike most anything that goes by the term “mozzarella” in Canada.

Someone had asked the cheese technology prof why there was no control over the use of the name Mozzarella, since it’s used worldwide to describe substances that only remotely resemble the original product in production methods, appearance and least of all taste, and he said something like, “oh to ask that question is to make wider the wound in the heart of every Italian”.

I’ve been awed and impressed by the pride and passion the people we’re meeting have about their food. His answer to the mozzarella question was that basically by the time Italian producers got around to applying to protect the name, “mozzarella cheese” was in really wide production (from a variety of methods) worldwide and Italy didn’t have an argument of scale sufficient to make a case for reclaiming the name. They did protect the “Mozzarella di Bufala” designation though, since water buffalo are not widely used for this kind of cheese production and are mostly found only in Italy, India and east Asia.

We discussed cheese tasting terminology, needed to capture the effects of various combinations of the 200+ different chemical compounds that make up tastes, smells and aromas in cheese. One important point was that it is fairly critical to have eaten widely and well if you want to taste cheese (or wine, I suppose) because in order to master the terminology you need to know other flavours as they are suggested to your palate – call on your olfactory memory: no easy thing. Apparently there is an international vocabulary to describe all this, that was only developed about six years ago. To supplement our handouts, I came across a good list of terms – the Cheese Connoisseur’s Glossary, at an artisanal cheese website – and an even better one: CheeseNet’s Cheese Glossary.

We did find it difficult to appreciate the full meaning of some of the tasting terms: for those of us not familiar with the exact nature of chestnut or arbutus honey, for example, the term is not so meaningful. Being one who enjoys splitting hairs, I’ve been speculating that given the differences that regional climate, vegetation and soil types make in end products of just about every agricultural enterprise, I’m guessing that there would be a noticeable difference in flavour between Italian and Canadian (and other) chestnut honeys. We’ll have to have a taste-off sometime to find out.

Well. That was it for today. We’ll be tasting six more cheeses next time.

Here are some more photos ’round town: 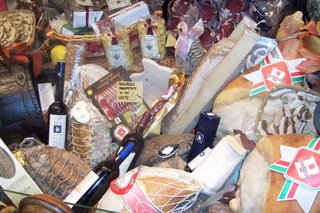 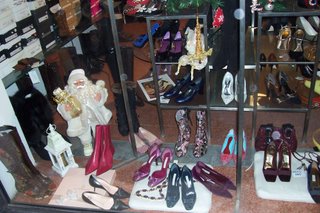 One for the shoe fetishists