Cheap Value and a Carless Christmas

I’ve been reading Cheap: The High Cost of Discount Culture, by Ellen Ruppel Shell, and have just had my heart broken. I’m a longtime fan of Ikea, like the rest of the world have admired their brilliant marketing and positioning, but have now had to face the reasons their prices are so low, and they are the same reasons cheap food is underpriced. Somebody’s getting exploited along the way, only this time the victims include the world’s most vulnerable and least protected forests.

Ruppel Shell does interview Ikea’s forestry coordinator who is responsible for ensuring the wood they use is harvested sustainably, and notes that they have fired suppliers for using illegally harvested wood, but then goes on to say:

“Unfortunately this approach is unlikely to prevent all or even most infractions because the suppliers are too many and too dispersed to ensure adequate monitoring… Her team consists of eleven forestry monitors worldwide – five in all of vast China and Russia combined, certainly not enough eyes and ears to closely monitor such a massive enterprise. [Anders] Dahlvig [Ikea president & CEO] said that he regretted this but could do nothing about it. Hiring more inspectors would be costly, adding to the price of his company’s products. This, he said, was unacceptable.”

She also explains that Ikea’s founder has made a deal with Vietnam’s prime minister for lower tariffs, docking fees and ‘ensured access to wood’ in exchange for hiring more Vietnamese.

“Vietnam, itself in constant threat of deforestation, is a major Southeast Asian hub for processing illegally logged timber. While Ikea suppliers are instructed to follow the Ikea way, Vietnamese enforcement of environmental and human rights regulations is notoriously haphazard.”

Illegal logging contributes hugely to worldwide deforestation, the book points out, and is thereby contributing in unknown quantities to climate change. But nobody wants to talk about it because then we’d be facing (deja vu) the real costs of what we buy. Only this time we’re talking about remarkably cheap furniture; Ikea is by no means the only culprit as worse offenders include other large North American discount chains (like Wal-Mart, Home Depot and Lowe’s).

The book is fascinating and reveals the roots of discount culture, the psycho-manipulation we’re subjected to when we shop, and the big business interests behind it. Essential Christmas reading!!

Meanwhile, Raj Patel (of Stuffed and Starved) is proving again why he is an author of our generation. He created a blog around his last book (and a Facebook page) and is busy promoting his new one, The Value of Nothing, with a snappy Youtube video (directed by Scott Hamilton Kennedy, who made the Academy Award nominated documentary The Garden, which exposed the political machinations behind the fight over a 14-acre site in Los Angeles). Check it out:

My Christmas gift to the environment is a month of carlessness. My insurance is due tomorrow and – for budgetary as well as altruistic reasons – I am going to postpone renewing it for at least a month. I have looked at some numbers. It’s not an expensive car to run, but averaged over a year with insurance, gas and maintenance, it cost me $225 a month last year. Here in Victoria it’s very difficult to get everywhere by public transit, and the options for travelling on the Island are severely limited as well. Monthly bus passes cost $73.25 (plus tax, making it around $80) or $2.25 a trip; the buses are all, I believe, equipped with bike racks so you can combine your modes of travel. Taxis start at $3.10, and the fleets are almost all hybrid vehicles now. I’ve seen a dog-taxi around town too, which is good to know. There is a car co-op in town but membership is fairly steep with few vehicles (and no cars in my neighbourhood).

I will most miss being able to nip out to the farm shops on Saanich Peninsula: most are unreachable by public transit, and the urban farmers’ markets are closed till March. And old Anton may need a few more trips to the vet over the season… 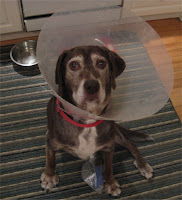 So… interesting times ahead.

2 Responses to Cheap Value and a Carless Christmas