Terra Madre Day at the cidery

The Slow Food Vancouver Island & Gulf Islands is as slow as its name is long.. we celebrated Terra Madre Day – really December 10 – on December 13, with a Christmas potluck and book exchange at Merridale Cidery.

As might be expected, it was a well above average selection of winter foods which we thought we’d better tuck into before they got cool – a definite issue in the chilly confines of the distilling room 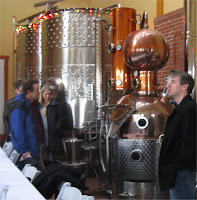 where we gathered and managed to warm with many bodies, excellent food and beautiful music. 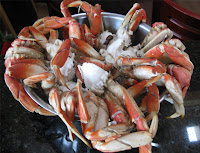 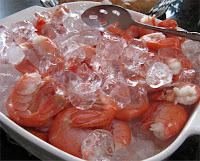 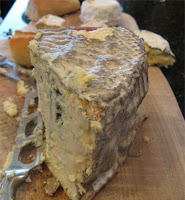 A convivium, demonstrating what is meant by the name:

After the food, we had a short film about Terra Madre and some short talks by people who’d attended the event as delegates in previous years. Then there was the traditional (to this convivium) cookbook exchange which involved a fair amount of thievery as people were allowed to steal previously opened books before opening one from the pile. The most-stolen book: Alice Waters – Chez Panisse Cookbook. 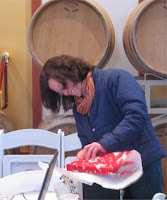