After a single day back in London it was finally time to return to Canada last week. We went out to find a nice last supper for me, but our timing had us hitting the street at just a few minutes after a freak black-out darkened the doorways of most of the restaurants we would have tried. So we ended up at GBK, where I found myself suddenly unwilling to try the beef burgers, after having tracked down the manager and asked him what he knew about the life and death of the cattle used in them, and he said he knew nothing, but could say with certainty they were not organic, not grass fed, and the chickens were neither free range nor organic. I looked around at the crowded restaurant and was saddened to think that nobody there had thought to ask, let alone think about the quality of the meat they were eating. I ordered an organic lamb burger and hoped it had had a good life as promised on the menu, which named the producer. 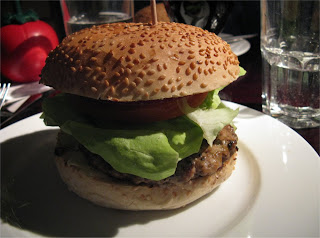 I was less impressed by this sign which I thought was a good example of what not to do for customer appreciation. But then again, the place was crowded and nobody really cared. I guess they were there for their industrial meat products and that was that. 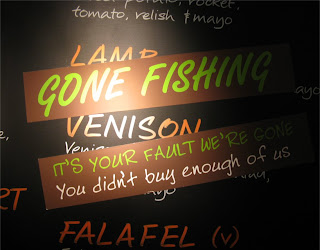 Afterwards, we shared some of the bonet I’d brought back from Turin. Which was delicious. 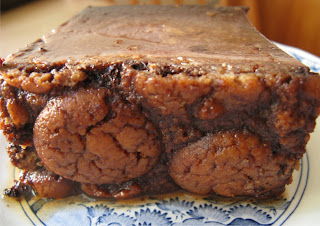 Heathrow Terminal 5 was an experience. I was happy to find Carluccio‘s there, which meant travellers could grab some quality grub before taking to the air… 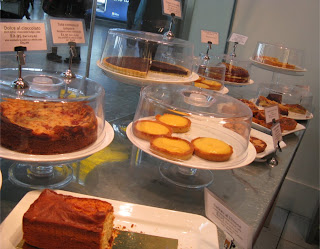 but they were outside security, so I wondered who exactly would be buying all that lovely wine, vinegar, olive oil, condiments. I wish they had managed to get a spot the other side of the magic wall. How much better a shopping opportunity than the same old duty free players. 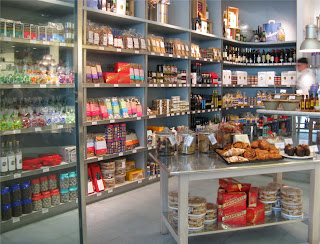 I ordered the vegetarian option on my British Airways flight, and was glad I’d done so – I got what I suppose was feta and spinach tortellini. It is beyond me why airlines still offer the ‘beef or chicken’ routine. One thing I’d liked about the late lamented Zoom was their innovation of offering ‘chicken or vegetarian’ on my last flight. Surely even in the name of thrift it would be a brighter idea for airlines to incorporate veggie options into the mainstream? I was less impressed with the vegetarian sandwiches that came – though they were still better than the alternative – because of the awful bread, which came with its full complement of noxious ingredients, emulsifiers E472e, E471, vegetable fat, flour treatment agent and so on.

Vancouver was wet and getting itself ready for Halloween. In fact the ferry I took on Halloween was full of people heading for parties. Or else they just wanted to dress for the crossing. 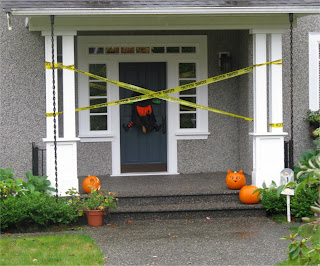 Before leaving though we had a tasty lunch at La Reglade in West Vancouver. The parmesan sable tart was lovely 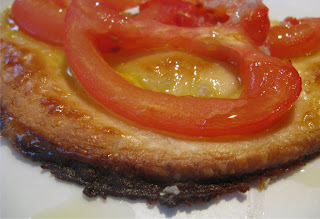 and the soup kept us chipping away forever. I wish they could have kept the cheese in the bowl though. 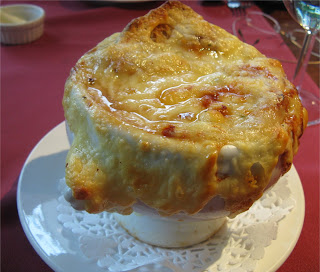 We passed on dessert, though it was very pretty. 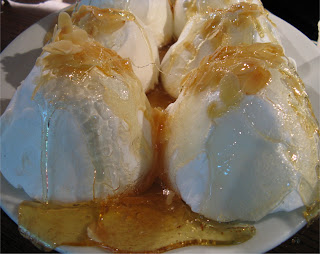 Back in Victoria, it was a red sky at morning, and has rained ever since. Not the warmest homecoming, since the furnace had packed in, which I discovered on Saturday together with the fact that all my firewood had apparently gone up in smoke during my absence. Thanks to a couple of space heaters, some firewood donated by my kind neighbours and a whole lot of woolly jumpers, I’m managing to bide my time till it can be repaired. Maybe tomorrow. Maybe Monday. Just glad it hasn’t gone below freezing since I’ve been back. 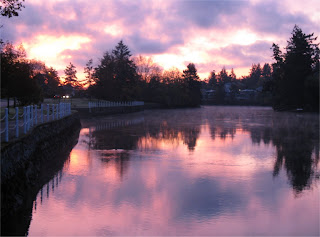