Around the corner from my hotel in Turin, there was a morning market in the square which had lots of to offer the food shopper, beyond all the designer knock-offs, budget tights and dodgy toiletries that seem to make up the bulk of street market wares in Italy. This stall, for example, offered herbs for teas: 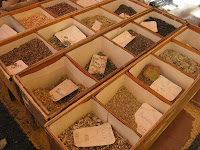 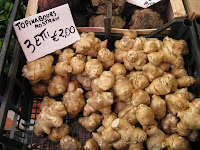 Of course there was cheese (several stalls)… 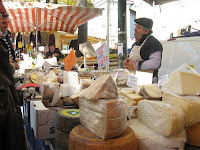 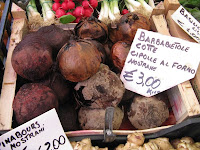 I also did a lot of window-shopping. Turin’s labyrinth of gallerias offer some magnificent window displays, like this one with its sugary treasures, everything from truffles and chocolate-covered walnuts, to marron-glacées, to Fungoni: “mushroom” éclairs hiding a hazelnut cream centre: 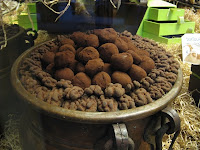 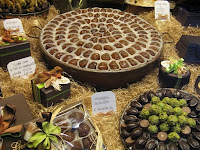 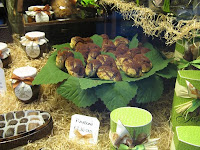 The Porta Palazzo market was much the same as I remembered from our visit in 2007; same tenements still standing, and perhaps still housing refugee squatters 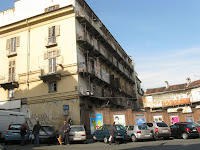 and the covered market – housing the farmers’ market area – still gleaming and seething with custom. 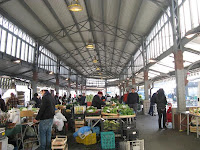 In adjoining buildings there was lots to browse, including meats processed and fresh, domestic and wild, 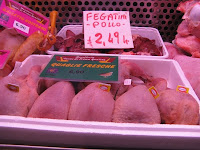 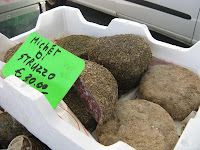 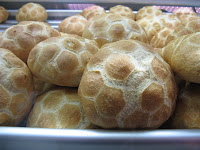 and lots of cheese. 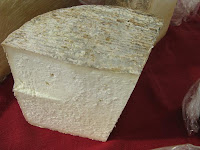 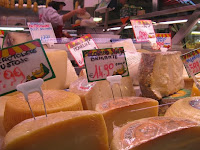 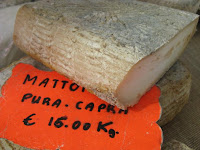 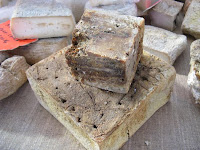 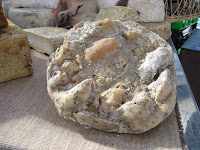 Meanwhile, stepping out the door from covered to uncovered areas, Europe’s largest outdoor market offered a reassuring sense of plenty on the stands that were mobbed with shoppers. There’s a large ring of non-food stands (clothing, cosmetics, flowers and so on) on the perimiter of the piazza, surrounding the food stalls in the middle. The shopkeepers did their best to out-shout one another, trying at this late time of day – around noon – to unload a bit more produce before they shut down. 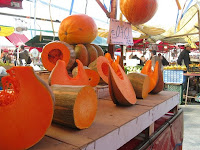 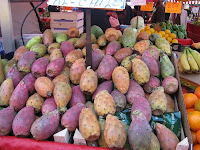 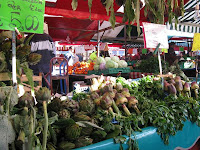 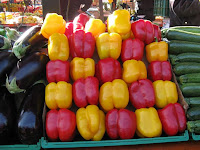 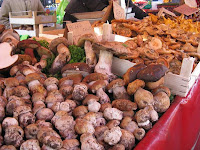 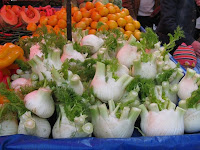 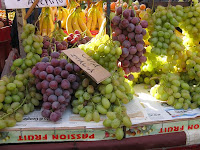