Spent last Sunday learning about pit cooking – and many other things – from the wondrously encyclopaedic Nancy Turner. It was a Slow Food Vancouver Island event, and about 20 of us made the schlep out to Sooke Harbour House where the sun shone while we shivered on the shore, grateful in the end for fire.

Although the pit had been dug for us (phew) by some Wwoofers, it was apparently too big, so had to be filled in a bit. 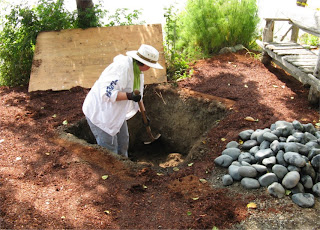 The next point of business was to find some smaller rocks for cooking: the large rocks were deemed suitable for lining the pit, but the food itself had to sit on smaller rocks, preferably lava, and without any cracks. 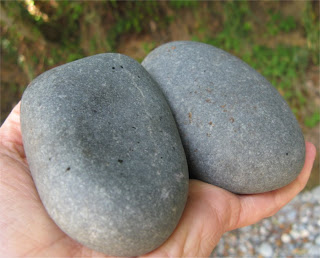 We lined the pit 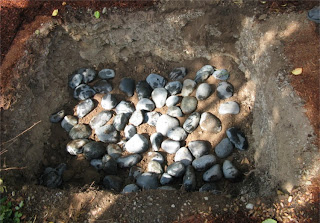 and started the fire with some of Nancy’s fuzz sticks which made light work of kindling. 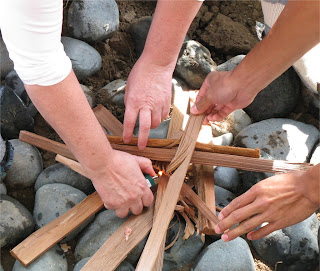 While the fire gathered heat and warmed up the rocks to cooking temperature, Nancy entertained us with some interesting foods. She brewed us a nice pot of Labrador tea, which also included other local delicacies like nootka rose, stinging nettle, yerba buena, subalpine fir, liquorice fern root (a powerful sweetener), dried saskatoons and dried yarrow. 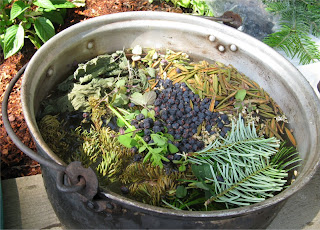 Onto the fire it went. 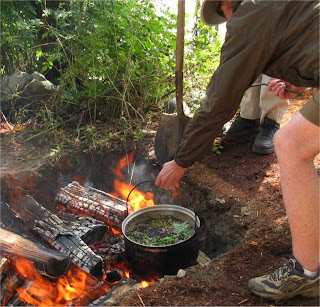 And it simmered away while we had a nice snack of bannock, molded onto green sticks 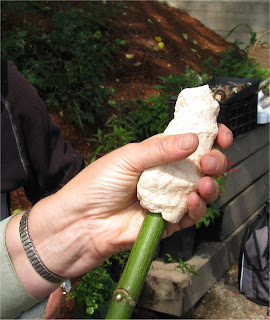 and toasted over what was now getting to be a very hot fire. 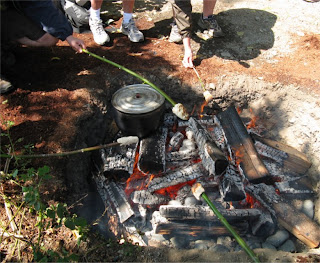 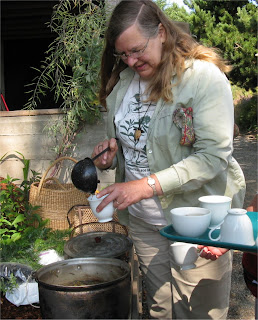 Then there was a nice snack of porphyra, a near relative of nori, which had been harvested in the Broughton Archipelago and then dried 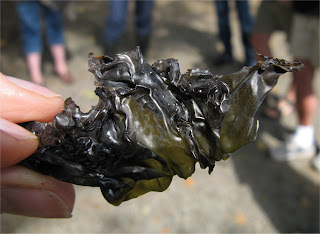 and was particularly tasty toasted on the bannock sticks. 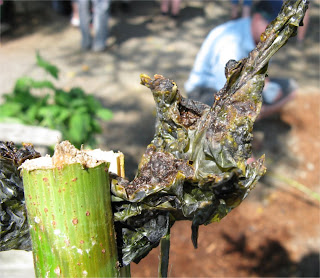 Eventually all was ready, 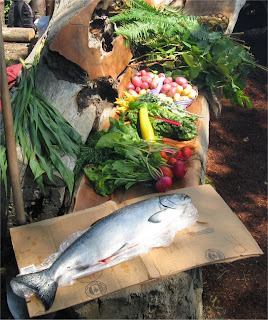 the fire was hot enough, 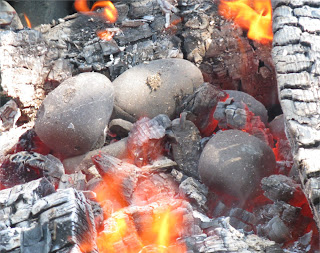 and Nancy gave us a thorough briefing, as the pit and food have to be assembled quickly and in sequence. 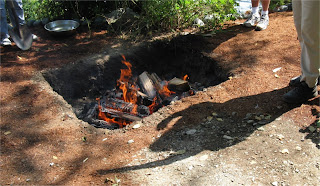 With a pole to guide the laying of food, the rocks are covered with ferns and salal branches… 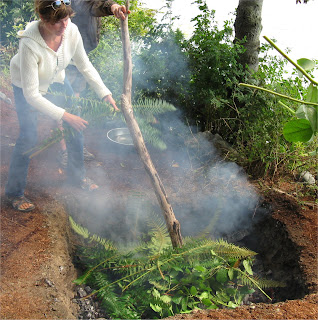 the salmon goes on… 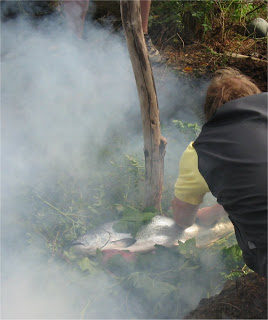 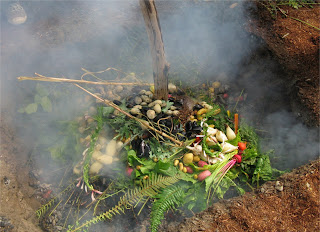 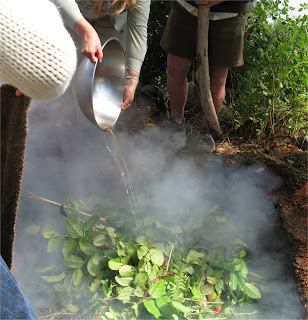 cover it all up with more ferns, more salal branches, and top with soaked burlap 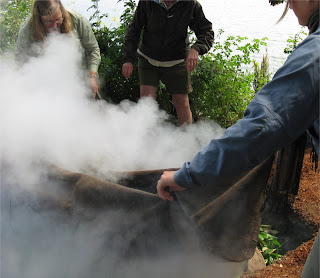 then shovel dirt over all 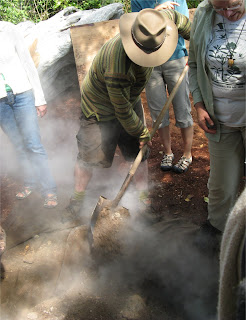 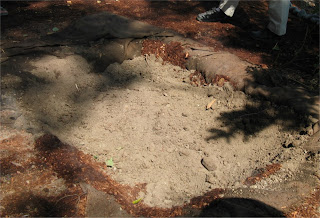 At the end of the cooking time (in our case a somewhat excessive 4 hours or so, but in large traditional pits as much as 24 hours), uncover — carefully 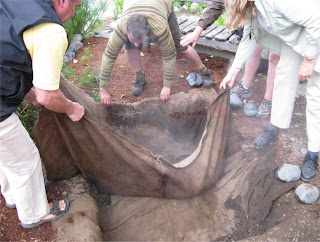 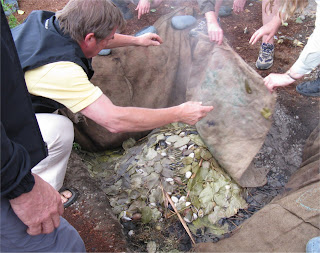 and decant the food onto platters 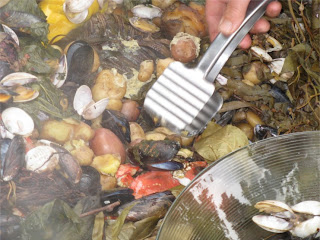 and lay it out 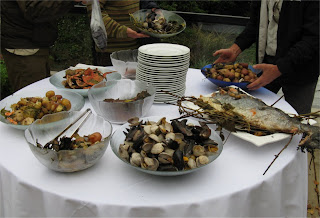 to enjoy in a gorgeous al fresco dining area 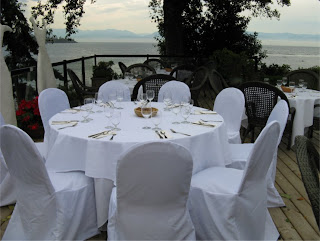 and finish with some of Sooke Harbour House’s excellent desserts. 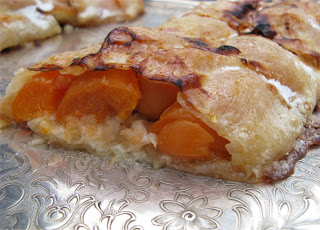 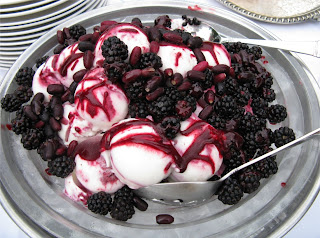 2 Responses to The pit