Not all Zoom & gloom

… though I was not happy to learn the airline on which I was booked to fly next Friday had gone the way of the fairies. Still, I’m rebooked now and looking forward to kissing the English ground once more in a week or so.

It’s been busy busy here – blackberries to jam, tomatoes racing against time to ripen for me before I leave, potatoes growing… berries! I know I am berry-obsessed but even I was a little startled to see these peeking out of the tater patch 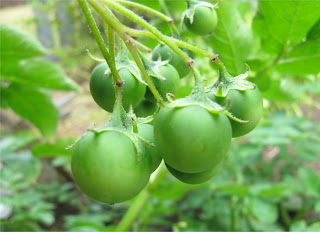 but a little swift research told me potato berries are nothing to be alarmed about and are part of the natural cycle of spuds, but the plants are usually dug up before they fruit. The fruits can be saved for seed much like a tomato plant, apparently.

Other entertainments include a town hall meeting last week in Victoria, at the invitation of Victoria’s one and only NDP member of parliament, Denise Savoie 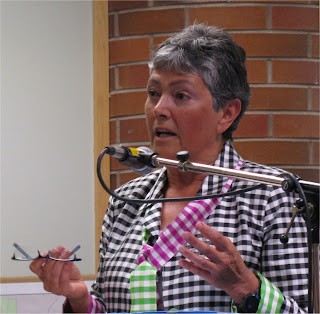 with NDP agriculture critic Alex Atamanenko, where a room packed to the ceiling with farmers and foodies

rocked and rolled and got excited about food security issues that affect an island like ours. There was a lot of talk about the potential effects of a food crisis on an island that imports 95% of its food, and about the very interesting observation that here, where 90% of the population say they garden, only 10% of those gardeners grow any food. I had also heard earlier that there are only 5 or 6 full time farmers on the Saanich Peninsula’s dozens of farms. One organic farmer, David Chambers 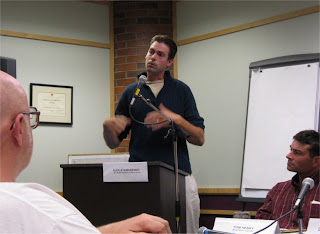 spoke forcefully on the desperate need to inspire and reward young aspiring farmers so that there is someone to carry the growing and farming knowledge into the next generation. 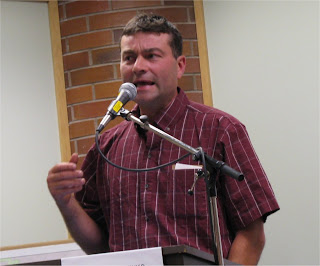 was representing small farmers and talked about the difficulties small producers have in meeting the stringent requirements of national grocery chains: they are not growing in sufficient volume to be able to produce only those perfect fruits and vegetables picky shoppers have been encouraged to demand. Which is only one reason you don’t find more local food in your local supermarket.

Other speakers talked about community gardens and the need to introduce bylaws to allow the growing of food on every available piece of common land. As Carolyn Herriot said, if there’s a food crisis on the mainland, do you really think anyone’s going to stop and put food on a boat for us? A model of self-sufficiency (she achieved it in five years), her proposals include planting edible ornamentals, saving seeds, and acquiring the skills to grow food all year round.

Doing my small part this special year, here are my first ever spuds, and I think they’re beautiful: 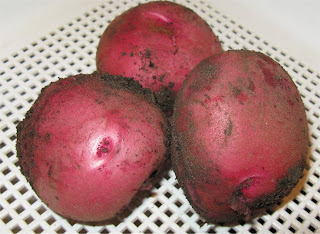 Sunday saw a lot of rain, and a lunchtime visit to Merridale Cidery 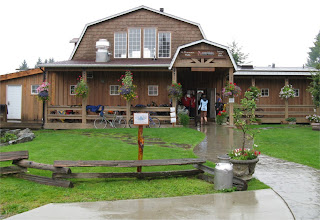 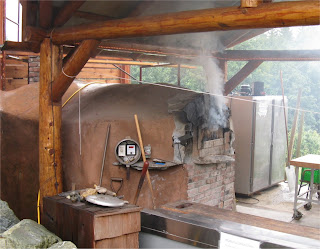 right into the dining room. We didn’t pause for a tasting 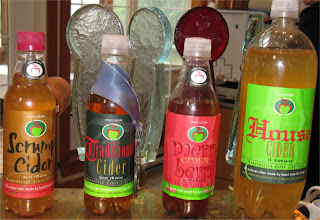 as we’d done that a couple of years ago, but we did settle down for a lovely lamb burger 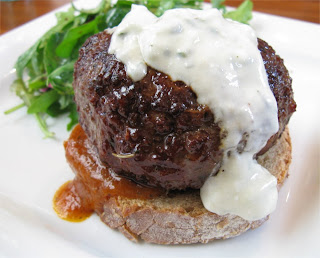 before the drive back over a more than misty Malahat. 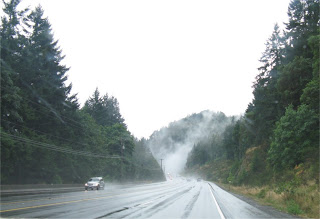 Yesterday was dry and fine and perfect for driving to Duncan to visit the dentist. After which, a little lunch with Shirley in Maple Bay where her potentially prize-winning succulents were blooming 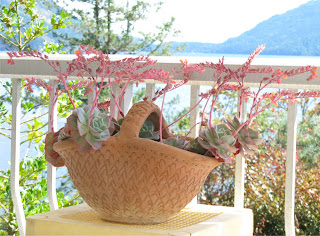 safely out of reach of the chief garden pest, looking a little thin we thought, as it trimmed the clover. 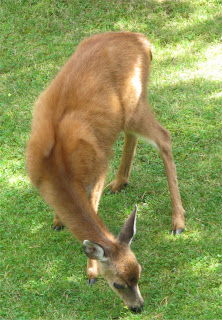 One Response to Not all Zoom & gloom