The Vancouver Island Slow Food Film Fest was small but tasty. Last night’s premiere was packed out, with excellent nosh 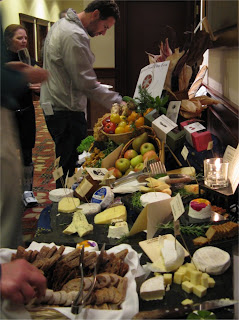 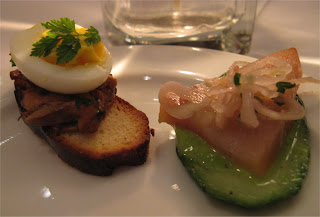 and such a keen audience of eaters that the Oyster Man 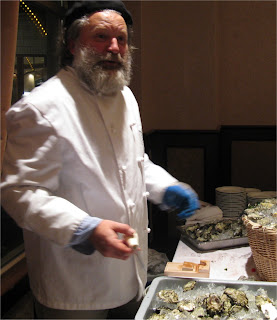 was able to go home oysterless. The screening of Island on the Edge went well and the panel discussion afterwards was lively and showed the keen awareness of the audience about local food issues. As a finale, we got to meet the chef, Michael Minshull, who took a bow with the film’s director Nick Versteeg, writer Don Genova and associate producer Jason Found. 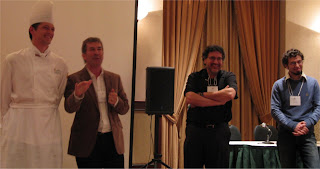 Today’s lineup included Hijacked Future, which covered the issues around seed production and featured a great many Canadian farmers and researchers who spoke well and compellingly about the issues. There was a panel discussion afterwards, hosted by Don Genova, and featuring Sinclair Philip and the film’s producer/director David Springbett. 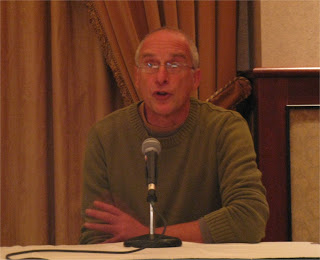 whose Salt Spring Seed Company has been doing a roaring trade in recent years, and who also heads the Seed and Plant Sanctuary for Canada, a network of Canadian gardeners devoted to nurturing plant diversity. The viewing ended with a bitter twist as Jason revealed, after the screening, that he had recently been given the boot from the showcase garden featured in the film by his landlords, and was currently considering his options.

The final feature, The World According to Monsanto, had some technical glitches – scratches on the dvd perhaps, or a tired dvd player (or, as one wag suggested, a Monsanto-engineered dvd player?!) – which cut things a little short. The film can be purchased fairly widely, or for the cheap and patient, it’s available for free viewing on Youtube (in 10 parts), or in 4 parts on LiveVideo.

We saw some previews as well. Here’s Eric Schlosser speaking to CBC, as part of a promo interview about the new documentary Food, Inc.

And Deborah Koons Garcia, director of The Future of Food, spilling the beans about her new film whose subject is, well, dirt:

Here’s a cheerful one for a film – not quite finished yet, I understand (though you can help to make it happen: see their website for more info) – about young farmers, called Greenhorns:

And I end this entry with the useful and appetising suggestion with which Nick Versteeg closed our meeting: invite some people to dinner, serve them some good, local food, and talk about it!