After Pompeii and Herculaneum we went to Naples – using our Arte cards which had given us three days of sightseeing and travel – to get to the National Archaeological Museum of Naples, which held all the ‘good stuff’ from the excavations.

First, though, we were in Naples, so… 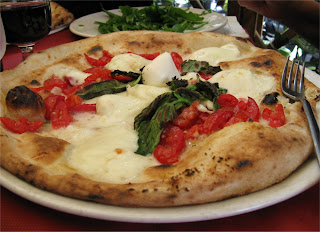 The museum. Big and pink! 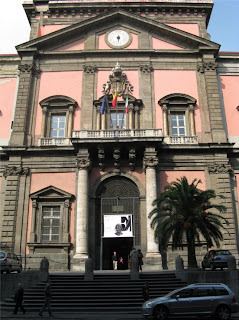 Head of a poet. 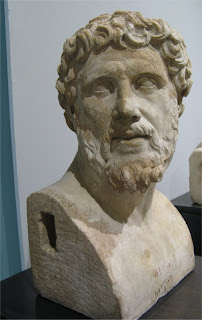 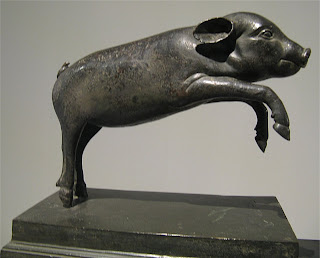 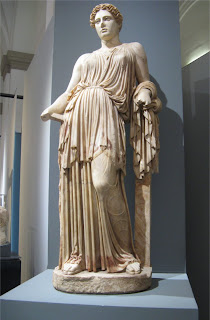 A recent treasure from Herculaneum, Testa di Amazzone, found in 2006. Showing that redheads ruled even then. 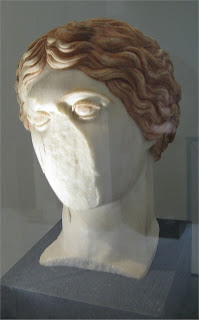 Absolutely stunning mosaics and wall paintings from Pompeii and Herculaneum: 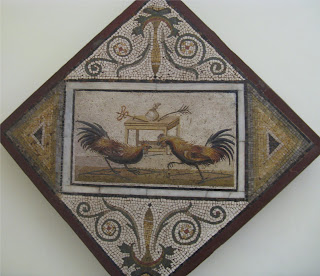 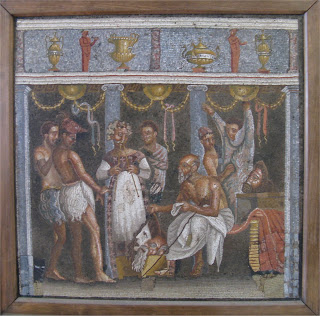 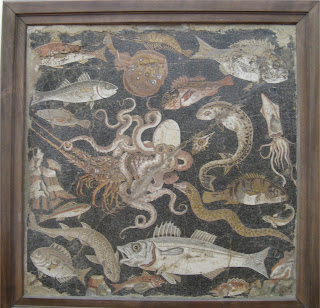 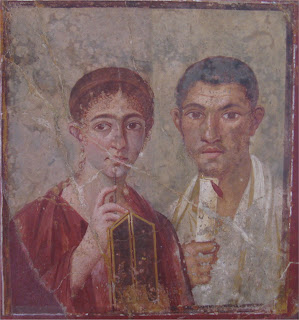 The famous Sappho painting from Pompeii. 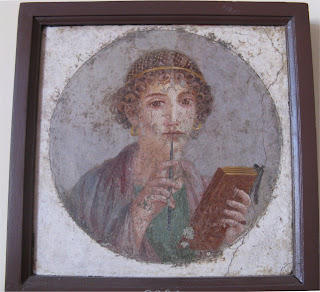 Then it was time to go to Rome. After a spell of wandering in the graffiti-heavy neighbourhood 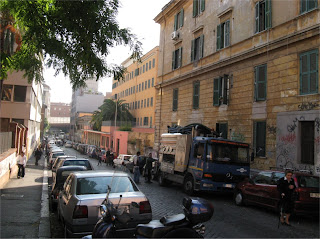 we found – with some difficulty – the door to our guest house. Happily much nicer on the inside than the outside. 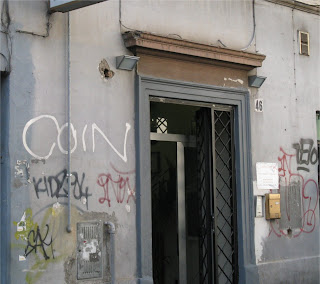 We asked for restaurant recommendations and ended up at a pleasant local restaurant where I had some buffalo mozzarella with zucchini alla scapece, an excellent combination. 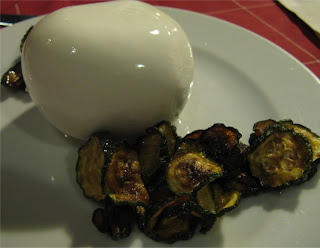 Did not touch the hotel breakfast as it all looked too toxic to be released from plastic: 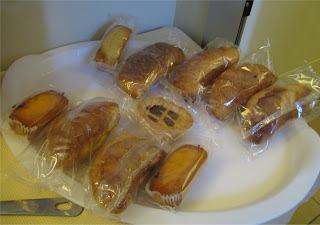 Went on a tour of the city and eventually found our way to the Trevi Fountain, which was being serviced. But it still drew a sizeable crowd, some watching a man who’d jumped the barricade and was busy picking up the coins that didn’t make it into the fountain, chucking in the smallest ones and pocketing the rest, until he was escorted out by the security guards. 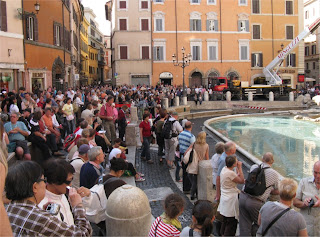 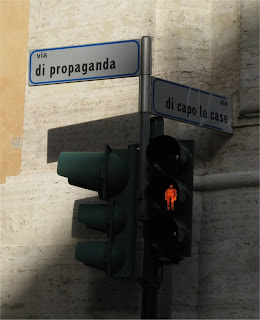 we found a good lunching spot with interesting lighting 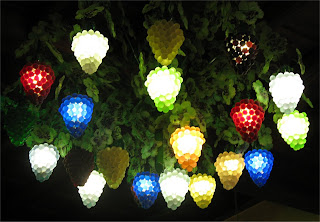 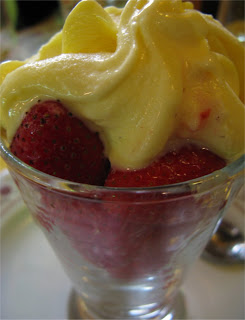 Next to the Spanish Steps where our first stop was Keats’ House, the lodgings where he died 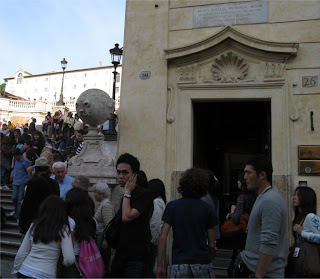 And of course, being a Slow Foodie, I had to note the McDonalds, just around the corner on the Piazza di Spagna, which was the final outrage that caused the founding of the Slow Food movement in 1986. 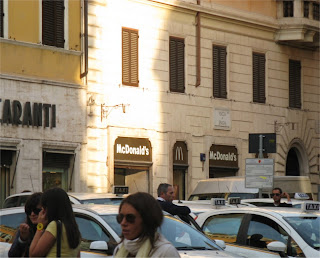 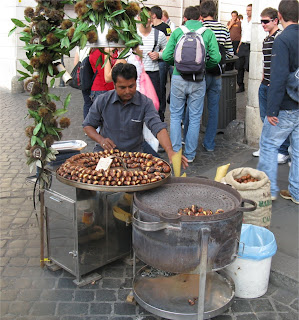 And that was more or less it for me for Rome this time. One final meal – excellent and local and recommended by the hotel – and I left for Turin the following morning. Giving another wide berth to the scary breakfast buffet. 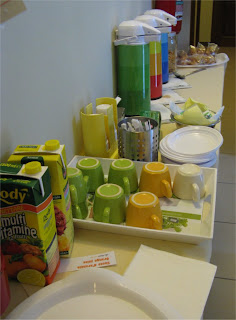