It seemed to us that modern Herculaneum is covered, like most of what we saw of urban southern Italy, by a lot of graffiti. 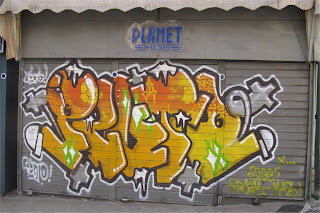 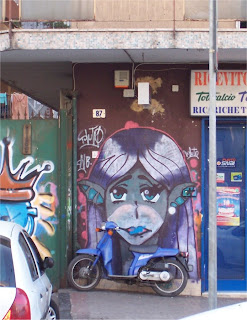 Kind of liked this street name: 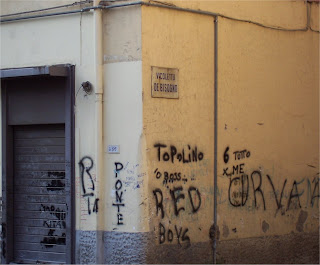 And then we found it… 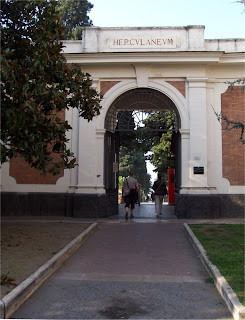 And it was amazing that anyone found anything here. The town was well buried, beneath another town. This is the depth of lava they had to dig through to find what was buried. 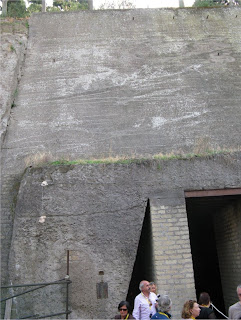 The streets of Herculaneum, unlike those of Pompeii, did not run with odure. They were straight and clean 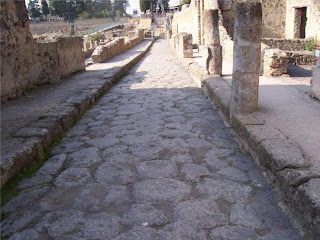 because householders could empty waste into the drains. The drains are in such good shape here there’s a whole field of study around them. 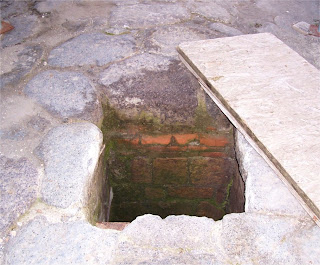 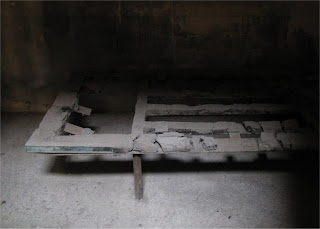 and the corner of another one: 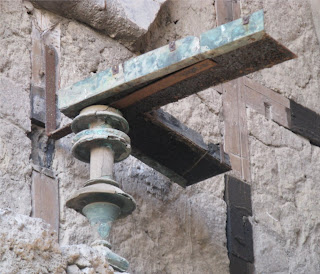 And some 2000 year old rope. For some things, surprisingly little has changed. 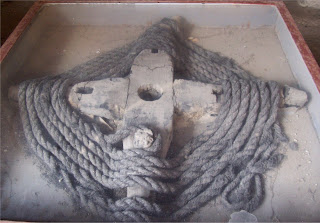 The baths, in good condition: benches still in place… 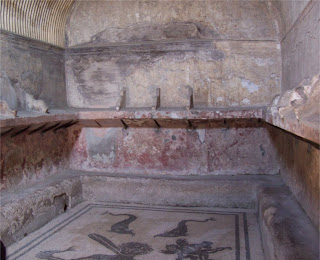 and a beautiful floor. 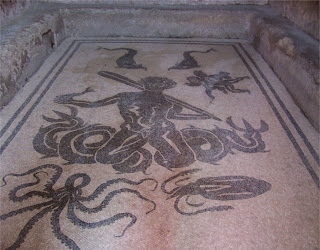 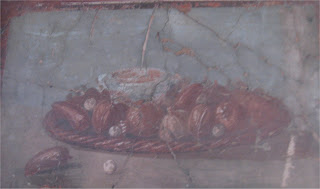 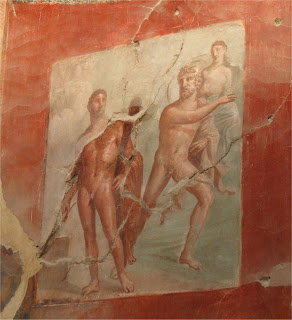 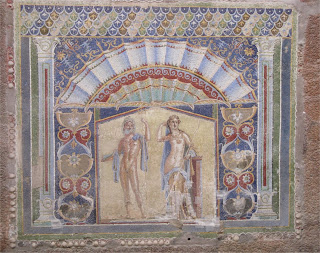 Had time to notice the interesting labels on the recycling bins near the mini-bus service to Vesuvius. 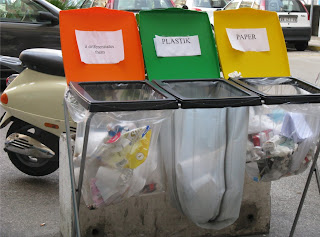 We had a swift and occasionally alarming ascent up to the summit of Vesuvius. It’s about a 20 minute drive followed by a 20 minute or so walk up the trail to the top. 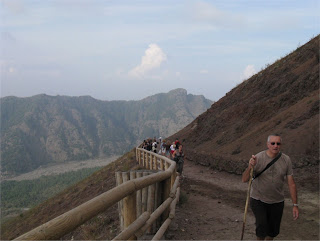 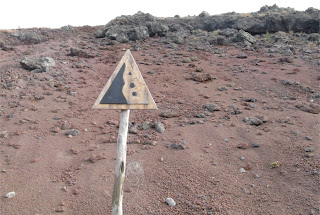 Hard to know whether the inside or the outside of the path felt safer! 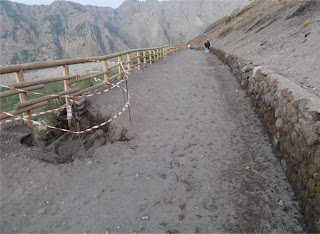 Rewards are many and heavy if you make it to the top. Or even nearly to the top. There were at least two souvenir stands up there. The local wine, Lacryma Christi del Vesuvio, is made, so they say, from the many vines growing on the slopes of Vesuvius and is named for the emotion Christ felt upon noticing the beauty of the Bay of Naples while he was ascending to heaven… or else for the tears Christ shed when Lucifer grabbed a chunk of heaven and threw it into the Bay of Naples. Or something. Anyway, we tried the red one night and found it a nice southern Italian wine, dark and mineral. 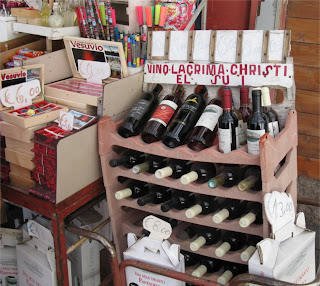 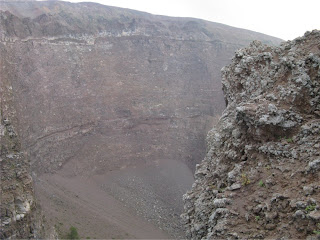 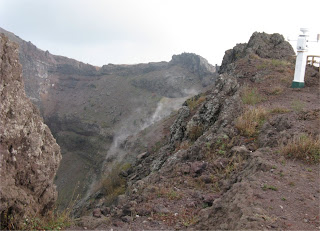 We zoomed down the hill again in our mini-van. Front seat passengers later revealed that the vehicle had no working speedometer (pah, who needs that??) and we’d already figured out there were only four working seatbelts… lucky for us there were only four passengers. Nobody was brave enough to point out to the driver what that ‘no passing’ sign meant as he had clearly decided it was not relevant to drivers in a hurry. However, we were under the protection of the caped crusader, so no harm befell us. 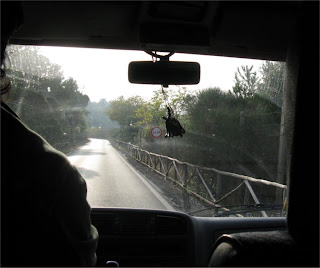