Kitchen history and some pics

Had a great lecture today by visiting Belgian historian Peter Schollier, about kitchen workers in 19th century Brussels, with more to follow over the next couple of days, on food and identity, changes in food culture in Europe since 1945, and food culture in Italy vs Germany. He talked at first about the professional chef, how the title is bestowed rather than handed over on a piece of paper, having been earned through apprenticeship and observation.

It called to mind for me something said in We Feed the World, about how the industrial-scale food producers are run like cold-blooded corporations because there is no one at the top of these companies who worked their way up from the bottom, who understands farming as a learned skill.

In that context I particularly liked this text quoted in The Omnivore’s Dilemma: “Farming is not adapted to large scale operations because of the following reasons: Farming is concerned with plants and animals that live, grow, and die.”

And – timely, this – we’re looking forward to hearing about kitchen gardens from Antoine Jacobsohn this very week. 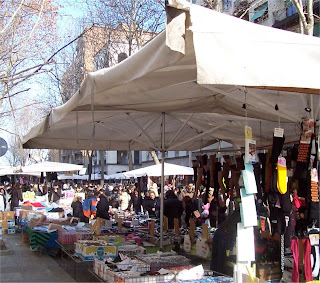 In case you were wondering where everyone was on Saturday.. I found them at the market on via Verdi. All of them. And their socks. 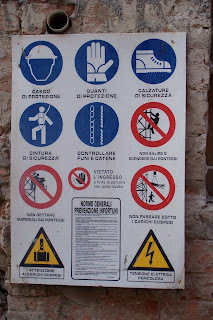 The Italian rule of construction seems to be: never use one sign when you could use eight. Or eleven. 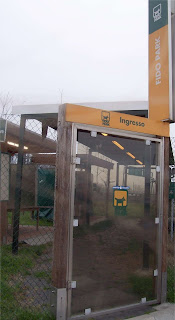 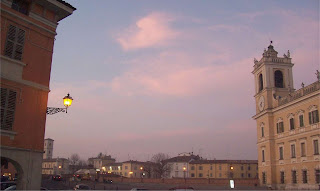 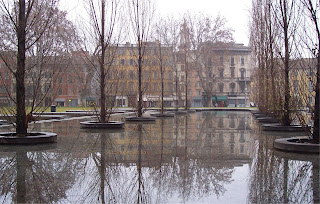 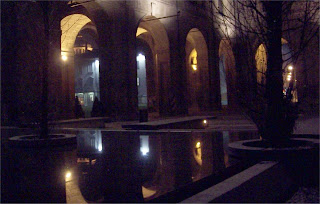