The rally at the legislature on Saturday was warmly attended by groups including COG: 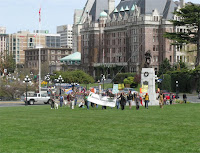 The cavalry rode round and round the grounds:

There was a pleasing diversity of age and slogan: 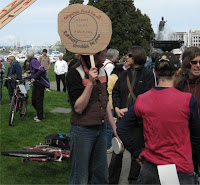 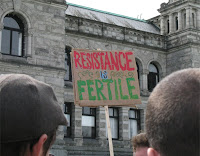 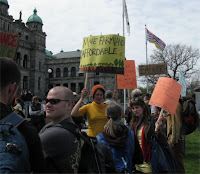 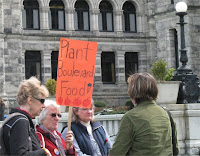 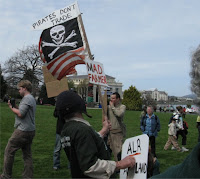 with some rabble-rousing by Brent Warner 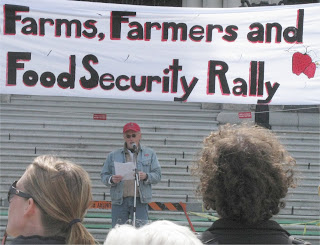 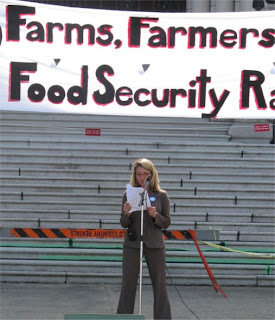 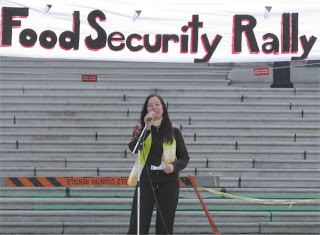 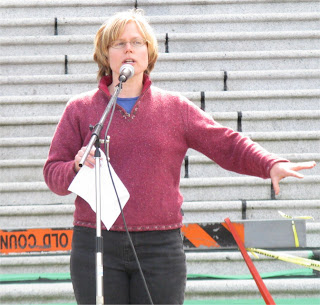 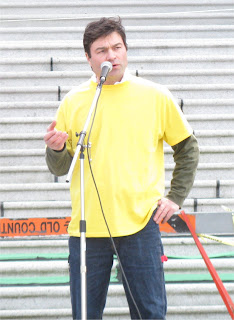 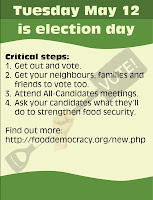 There’s another opportunity for Islanders make their food interests visible to politicians, at a gathering on Thursday April 30. 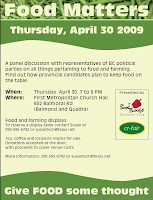 More information at the BC Food Systems Network website; including the Food Security Election Primer which is a terrific tool to use on any visiting electioneers, and a handy fact sheet on the issues for educating yourself, your friends and neighbours. 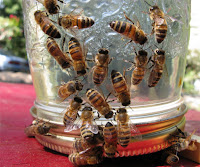 I spent yesterday morning following a spring bee inspection with some of my bee-owning classmates from last year’s bee-keeping class, led by Larry & Marilyn, who kindly lent me a bee suit for the occasion. I had a few curious customers stop by to admire my gloves.

Some of the girls hang out on their mom’s shoulder. 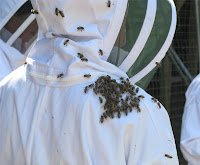 Saw lots of crazy comb, including one with a donut hole in the middle: 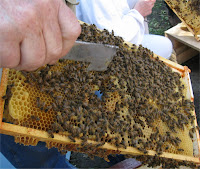 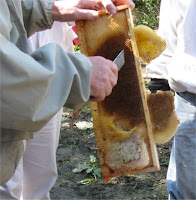 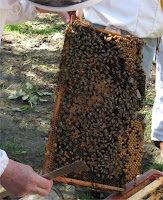 Here are a couple of queens (the long orangy ones; one of them is marked in red; colours are agreed on each year so you can tell how old the queens are):

I brought along some of the honey I’d bought in Italy for people to sample; one of the varieties evoked some discussion about rhododendron honey, which is said to produce Mad Honey Disease. And here’s a poem featuring death, rhodos and bees (but not mad honey disease).