A screening I attended of Dirt! The Movie last Wednesday turned out to be more than it seemed. One of the Sooke Awareness Film Night offerings, it was held in a local school where we encountered a hall full of people and stalls, 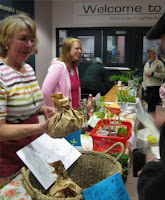 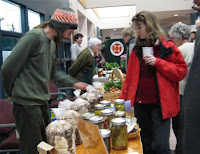 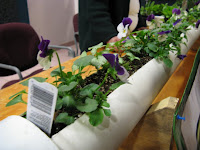 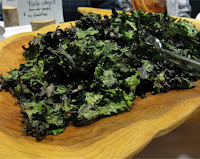 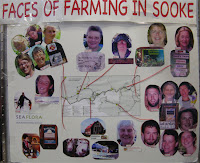 and even tips on mushroom growing before the screening. The film itself was very watchable, and although it did talk about the dangerous loss of topsoil happening around the world (the scenes of coal strip mining were particularly appalling) and the risks of erosion, desertification and pollution that go hand in hand with this, it offered a good number of optimists and activists working to improve the situation. The film’s advice: do what you can; plant trees; replenish the soil you work with; and be aware of dirt’s role in our lives. 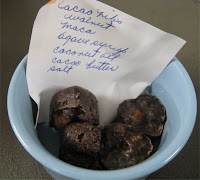 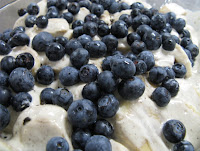 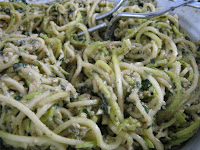 The society also offers a raw food lending library, and a vendor was there selling ingredients, cookbooks 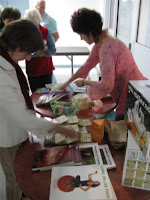 and tools of the trade. 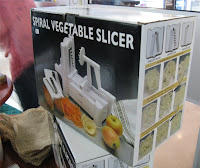 Each meeting features a speaker: this month it was raw food nutritional advisor Shawna Barker, who teaches, consults, cooks and sells raw foods (at her Living Foods kiosk and through a Meals on Wheels enterprise). Her theme was Nutrition 101, with some extra nutritional tips for raw foodists (mostly around getting enough vitamin B12 – her top tip was to use an algae marketed as E3 Live).

I enjoyed it – though like all potlucks you get pot luck with the food. But some was very good and the requirement for ingredients labels means you can really know what you’re eating; some of the participants provided recipes rather than straight labels, which would be helpful for some of the more complicated dishes. Because to novices, preparing raw food can be very complicated indeed. My main qualm about this way of eating is the dependence on imported ingredients; very few of the dishes were local or seasonal (I brought a brussels sprout slaw, and there were several other salads featuring seasonal greens) though my personal favourite – kale chips (dressed and dehydrated) – was definitely seasonal, and disappeared quickly. By the time I reached it there were only a few crumbs in the bottom of the bowl, but they were tasty. Here’s one I took earlier! 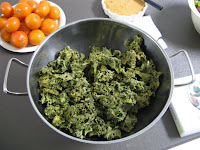 0 Responses to Dirt! and Raw food