Digby doings & fun on the Fundy

On Thursday, I stayed over in Digby 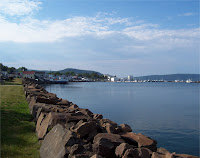 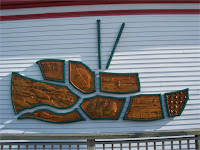 where there is an excellent used/rare book shop called Crooked Timber, packed to the rafters with all kinds of everything.

The B&B owners sent me in the welcome direction of the Boardwalk Cafe, which was a wonderful spot. I had some extremely good seafood chowder (featuring Digby scallops), accompanied by excellent home-made dinner roll 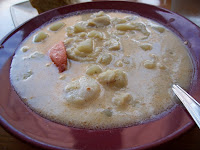 and I had to leave room for the strawberry rhubarb pie which was sublime.

After a lunch like that, supper needed to be light, so I wandered into O’Neil’s where I had earlier bought some dulse

and opted for some steamed Cherrystone clams, which the waitress explained were baby quahogs; but smaller, richer and less sandy. They were just the thing. 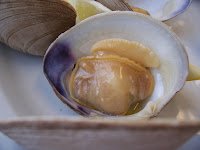 I had been thinking about lemon meringue pie since lunchtime, having just missed the last slice at the Boardwalk, but this was a perfect size to finish. 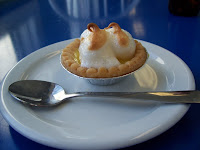 And then I was off on a hyper-tour of the Annapolis Valley, Canada’s first breadbasket.

First stop was Meadowbrook Meat Market, where they had some nice bacon. Then on to Port Williams, where the Fox Hill Cheese House lives,

and where they sell something called “Parmesran” which I can assure the buying public is nowhere near the item it seeks to imitate. They had a few aged cheeses (Gouda and Cheddar) which were good, but told me they didn’t have the space to age anything longer than that.

Had some coffee at Just Us! Coffee Roastery & Museum, where they’ve spent a lot of time and money making a righteous display about Fair Trade and coffee production, and they have a fair trade products shop and cafe. I picked up a very good lemon square for the road… 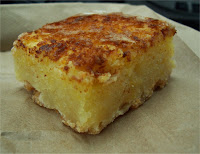 I didn’t have time for a tasting or tour at Grand Pre Winery, but I did make it to lunch, where I had something they called gnocchi, which I wouldn’t have called that, but which was good and covered in local mushrooms (oyster, portabella and button) and Fox Hill cheese curds. 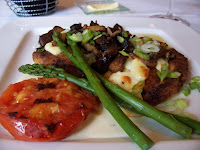 I spent the second half of my day on the Bay of Fundy, watching the waves gallop in. Getting there, I found some of the back roads a bit less than perfect. 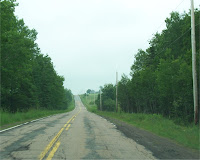 The shoreline is dramatic. 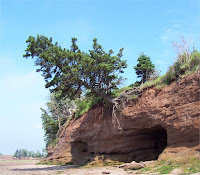 We had a little walk on the beach before the tide started coming in.

Then we were treated to some of Ian’s local, line-caught (by Ian) grilled trout with spicy mayo

and then we ate some salmon pesto pasta 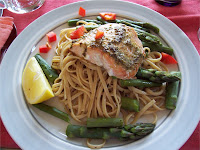 and the strawberry rhubarb crisp was steaming on the table

as tragedy struck the cream jug, but it made a fair map of the United States, so that was cool.