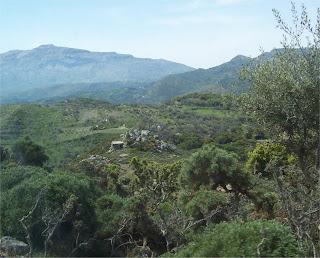 One morning we ascended a steep, gravel road and shortly found ourselves a lot of the way up a mountain, at an open-air milking parlour. 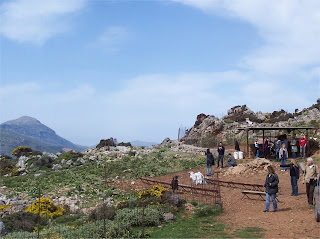 The goats were corralled and driven at intervals by a pair of well trained dogs towards the shepherds who wrangled them into position, milked them and sent them off to spend the day on the mountainside. 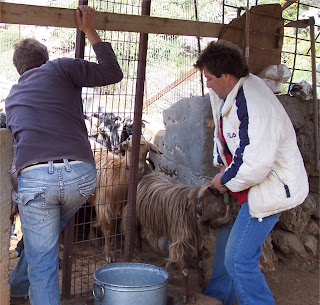 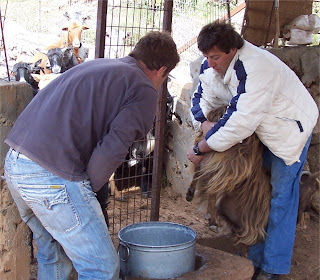 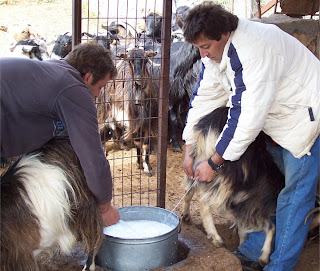 Our host models the traditional shepherd’s bag – which used to include one essential you don’t see much nowadays: a mending kit to allow them to stitch up their boots and clothing to get through the weeks and months they might have had to spend in the mountains. 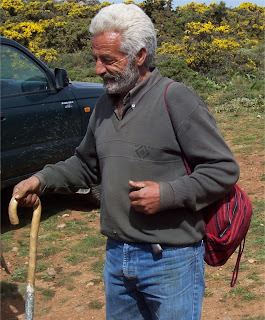 He produced platters of fresh cheese, home made biscuits, and a bottle of raki. We were told we had to eat all the cheese. So we ate cheese. 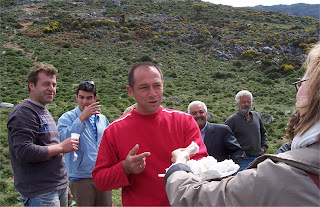 And we ate cheese. 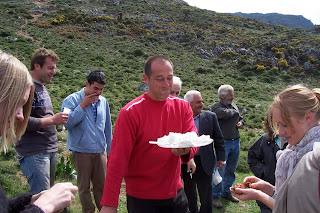 And we ate a bit more cheese. 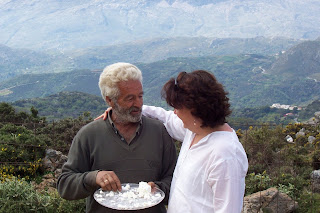 And then we were down to the last piece of cheese. And when that was gone, it was time to see how it was made, so we descended again and visited – what else? – a local cheesemaker.

The milk has been coagulated, the curds have been cut, and then put into baskets to drain and firm up into cheese. 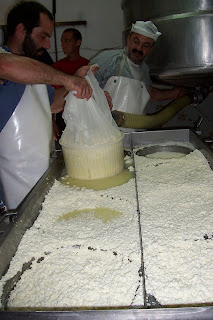 Afterwards, we were offered a very tasty gruyere-style cheese, Graviera, served with rusks (paximathia) and raki. And then, full of cheese, were called away to lunch. 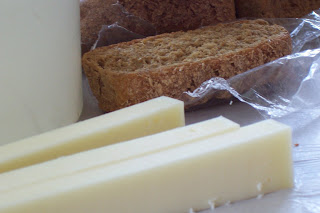 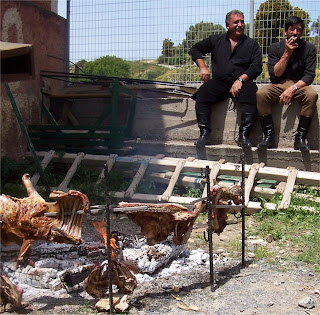 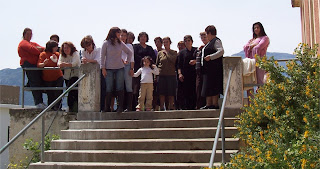 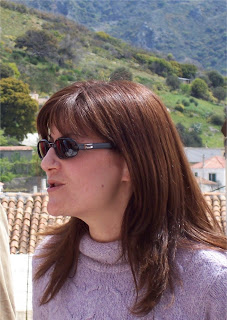 Popi, who organised the cooking, read us a poem of welcome. The four-line poem is a popular and traditional poetic form on Crete, and ideally sized for inscription on the blades of the knives that form part of the traditional costume for men. 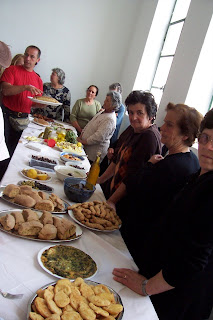 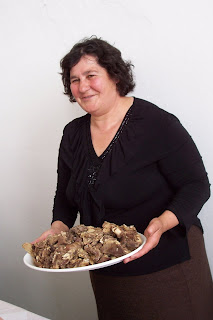 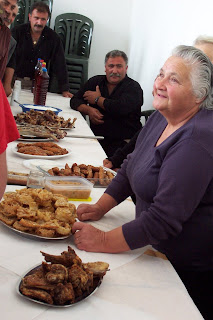 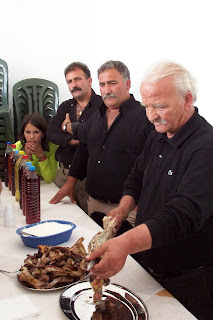 We were walked around the room, meeting the people behind the dishes, admiring the dishes, and finally eating the dishes. As Kostas said, the beauty of the event was not just the generosity of the welcome or the extent of the food that had been prepared for us, but the fact that it had been made from what these men and women had grown, raised or foraged themselves. 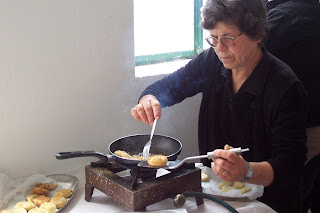 We had a cooking demo – how to make wild greens pies (Kalitsoùnia). 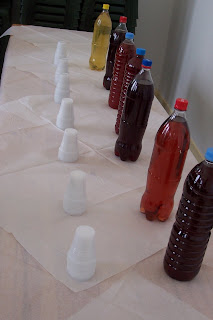 Lots of wine to sample.

We tasted many new things, and some we’d already tried; snails finally broke free of the leaves and plants we’d been seeing them on, everywhere, and rolled right onto our dinner plates. So much food! So many impossible choices. This was one affair where we couldn’t try a little of everything, not even close. 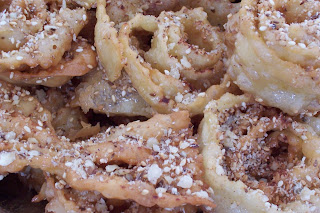 Afterwards, the men kicked up their heels. 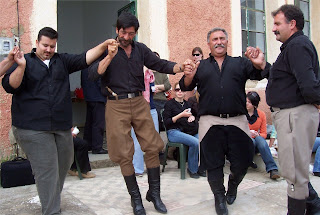 We had a last drink, and wended our way towards a couple of hours’ relaxation before supper. 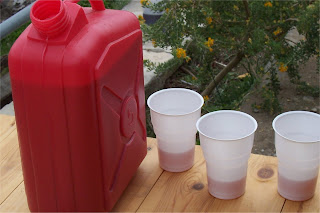