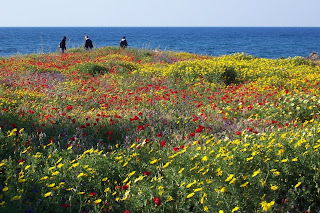 It may have felt on the wintry side at times, but we were in Crete at a perfect time to catch the full glory of wildflowers.

Our Thursday morning was spent gathering wild greens from the hillside, and preparing them for lunch. Kostas led us up the trail and he, Aris (a cave specialist and companion on many of our outings) and Lambros (owner of the taverna where we were based) showed us what treasures we were trampling and filled us in on some of the legends, food and folk medicine around the greens we were collecting and observing. 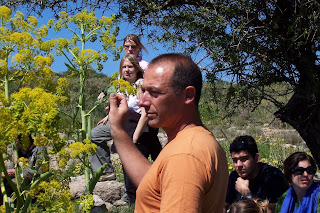 Giant fennel, not really fennel – in fact its poisonous cousin – but Ferula communis makes a dandy walking stick when it dries out, and it’s a handy torch as well. As Prometheus discovered, and used it to steal fire from Zeus to give to mortals. 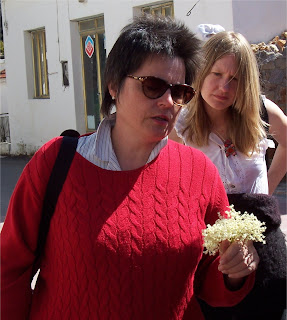 Jutta, a visiting German botanist who happened to be there with her botanist husband, tells us about the curative powers of Sambucus nigra, Elderflower. She said the tree and its flowers were considered lucky, and the flowers used to be hung above a cradle to protect the child. When I told her I’d heard elderberry wine was a popular concoction, she said the berries are edible only after cooking -which I guess happens during winemaking – and are otherwise toxic. 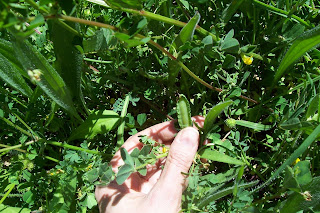 Some frilly midget beans; so so tasty. Pan-fry them (in Cretan olive oil!) and then put them in your omelette. 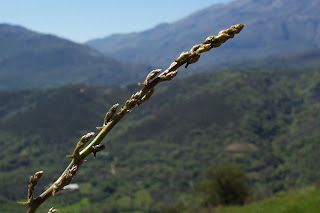 Wild asparagus: very hard to spot by amateur foragers, but lovely to nibble on raw and a favourite for omelettes. 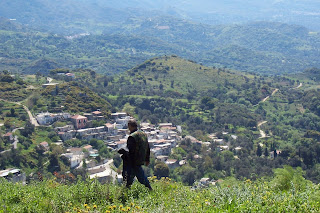 A shepherd we passed on the way up the slopes. I never saw the sheep, but then some people saw the sheep and not the shepherd. Anyway; nice view. 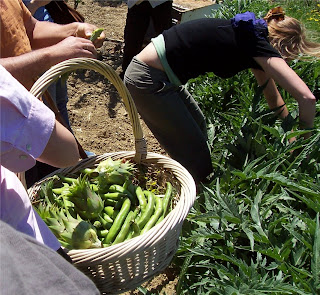 The greens basket, filling, filling. We harvest fava (broad) beans and artichokes on a nearby field. 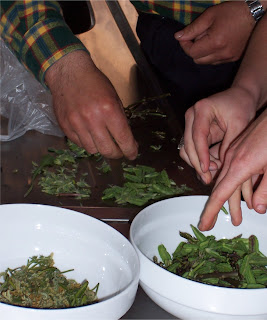 Sorting the greens; the bowl on the left has asparagus fern fiddleheads; the one on the right has frilly beans. 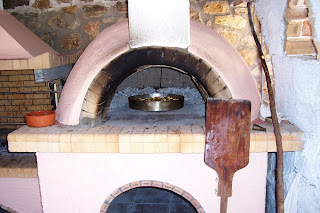 A kind of summer kitchen outside the taverna had a handy oven like many we saw in Crete, ideal for roasting potatoes. 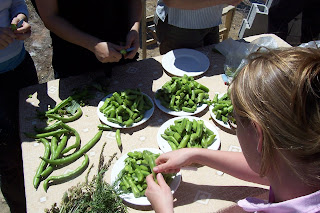 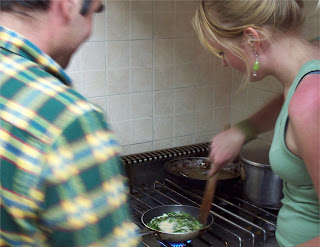 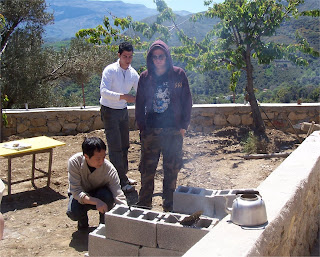 Everybody eats omelettes; there’s also a sweet omelette (not in this picture) made with elderflower. 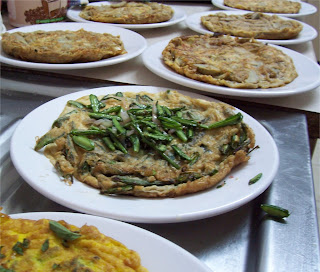 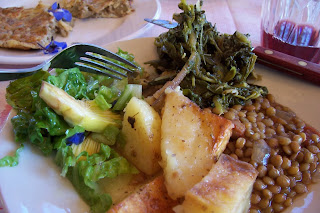 After lunch we departed for nearby Aghia Fotini, where we had a cooking demonstration, all about making stafidoto (filled cookies), baklava… 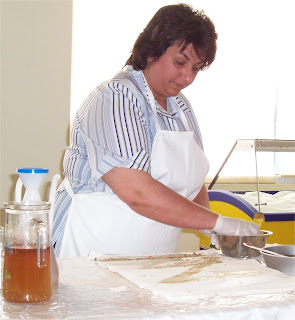 and these lovely Loukoumàdes (breakfast donuts), fried in olive oil and drenched in cinnamon syrup, Cretan honey and sesame seeds. At last, I thought, I have the secret to the Cretan diet: you start your day with donuts and raki and you will live forever. 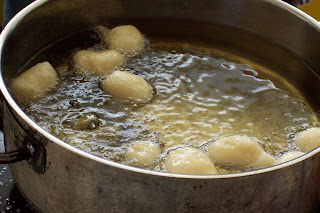 Katarina the potter, who we were to visit later on, came to the town hall and presented us with a branch of rosemary from her garden which we were to wear behind one ear, as a kind of instant wreath. It showed our fellowship and was also intended to give us clear thinking in the meeting, which was much needed after all those donuts. 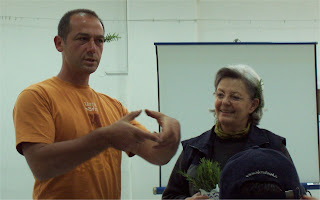 We had a presentation by Aris about caves, flora and fauna; there was a brief presentation by a local man who told us, among other things, about the tendency in this area to uproot old olive groves and replace the healthy, hardy local varieties of olives with dwarf varieties better suited to mechanical harvesting and producing olives with flavour more in keeping with contemporary tastes. Kostas told us a little more about MedASH, and its work to encourage hotels to compost their landscaping waste, to educate children in organic planting. His discussion of soil health included the memorable description of soil as the “stomach of the plant”; growing things are really all one organism, he said; roots tangle in the earth, and microorganisms connect them.

And after that… ack. More food?!? Supper that night in Gerakari village started with a quick demonstration of some of the things we’d be eating: fava bean puree, raw artichokes. 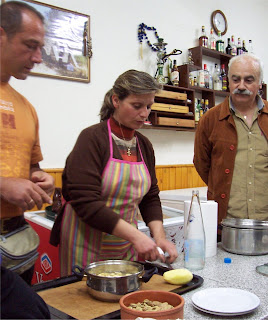 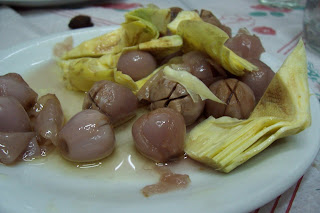 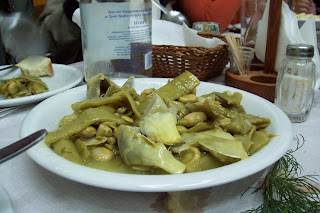 A nice bit of lamb… 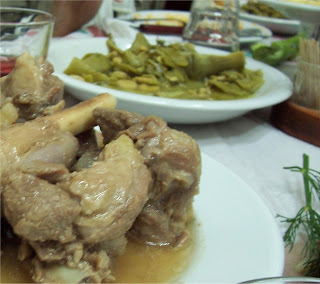 After the meal, singing and more singing. Everyone had to take a turn, by country. The Americans were a hit with “Comin’ Round the Mountain” to which they added a “yee-haw” chorus which so delighted our hosts they asked for an encore. Alas the three Canadians discovered we had only our national anthem in common, so that’s what we sang . 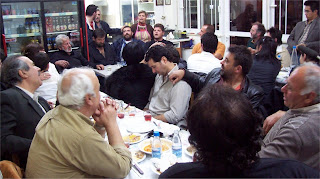 After the singing we were rewarded with ice cream with local cherries on top. 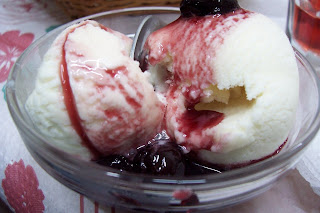 One Response to Crete part 2: Amari Valley; wild greens, pastry and sing for your supper