Been such a long, long time…

…since I had a minute to blog, it really has. Which reminds me of one of my favourite songs:
[youtube=http://www.youtube.com/watch?v=yFq5YhvhzuI]

But back to reality, whoever has time for that.

Tracking backwards, I was so so so so very lucky to join in a collective event to belatedly celebrate Nancy’s birthday on Saturday afternoon: she had the great wisdom to suggest that those of us who wished could come to the Barbican and watch a play in her esteemed company, and the play she chose was, honestly, one of the best I’ve seen. The company was the inescapably and reliably brilliant Theatre Complicite, and their new production, A Disappearing Number, featuring the wonderful Saskia Reeves, was intricate and funny and incredibly moving. It is odd, isn’t it, that when you see something moving, you can’t actually move for a while, and so in a way we enjoyed sitting stunned in our seats long after the last hurrah.

We eventually did get up and wandered outside for fortifying cups of tea in the rain, watching the London rats race by with their rucksacks and flapping maps, and then went for a very nice meal at Fish Central (pour moi, grilled squid, brill and sticky toffee pudding). 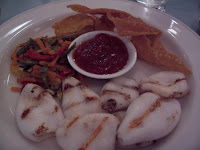 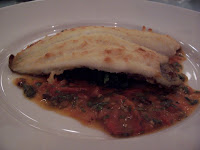 Friday I went back to my old (work) stomping grounds and was whisked away by one of the head hunters in a taxi and a train and a car all the way to darkest Henley where I met the lovely Belinda, who runs Stirring Stuff. We had an informal demonstration by two members of her Big Boys’ Cookery Club, who prepared a substantial and delicious meal of veal kidneys with peas, broad beans, roasted shallots and fried bread (it sounds nicer in French but I don’t recall all the words) and talked Slow Food until bedtime, the distant sounds of one of the resident teens and her thousand friends somewhere above our heads, and returned to London in the morning.

Thursday I reached farther back into the past and met up for a drink and catch-up in a pub near Victoria Station with Graham, another former Spencerian; Wednesday I had a most delicious supper with Tina, a return visit to The Fish Hook in Turnham Green for some spicy fish soup and a bowl of mussels in cream.

Tuesday was a poetry reading – a big one – at Oxfam Marylebone, a quarterly event organised and hosted by expat Canadian poet Todd Swift. It was an impressive lineup (though missing one – most unfortunately, David Morley couldn’t make it) and the readings moved at a cracking pace, so was not as wearing as the length of the list might have suggested. We heard Fleur Adcock, Chris Beckett, Julia Bird, Giles Goodland, Chris McCabe & Mario Petrucci, a good and invigorating mix for a rainy night. 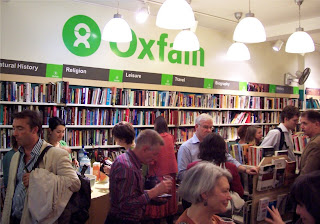 Before the reading, Tammy and I enjoyed a terrific late in the day dim sum from what we think is (another) chain restaurant, Ping Pong. Everything was good. Very good. 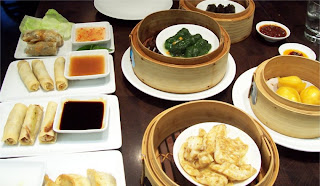 And before that, I flew back from Parma. Only last Monday. 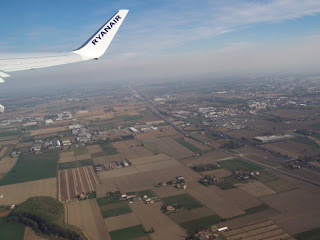