Oh it *is* lovely to be in a country that actually has trains, it really is. But when said trains are 90 minutes late due to signalling failures which mean the train you’re on has to back up and re-route itself through the Midlands which means you miss your connection to Edinburgh by, oh, two and a half hours, and that means you have to hope your driver is willing to turn up nearer 11pm than the 8.20 originally planned, well… it’s not so much fun as it sounds. Still. You get there in the end, more or less, swearing an oath of never again take a train that involves connections, and there’s your kind driver and he takes you to your room in the B&B that is also a sheep farm

and you and your hosts can finally get to bed a little later than planned.

And all that brought me to Bread Matters, the recently relocated (from Cumbria) cooking school run by Andrew Whitley

who is part baker, part bread messiah, part raconteur, part food activist. (Doubtless a few more parts in there but that will do for openers.) He’s also one of the founders of the Real Bread Campaign which advocates for better bread – and better bread labelling – in Britain.

Eleven of us had come from all points of the compass – the north of Scotland to the south of England – to learn some skills in whole grain bread baking. It was a congenial group and we were, I think, all pretty pleased with the skills we picked up and the bread we took home.

We made, over the course of a two-day workshop: Seeded Spelt Leaven Bread (enlivened by 9 different seeds) 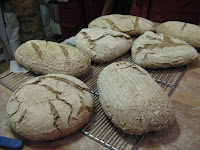 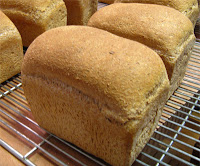 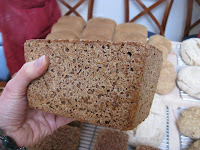 Borodinsky Rye (with a flaked coriander seed top and bottom) 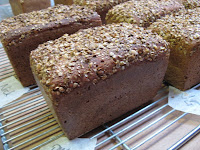 Those with the means and time to do so had followed Andrew’s instructions on building wheat leaven and rye sourdough starters, and we spent a good deal of time learning about these and using them in different ways. In fact the only ‘straight’ yeast breads we made were the wholemeal and the chollah.

We spent a lot of time practicing different kneading techniques and learning to handing some nice wet dough. 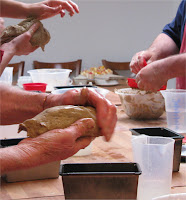 And we were fed extremely well thanks to the multi-talented Veronica Burke and her helpers, who provided wholesome and elegantly sustaining snacks 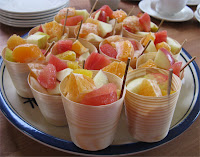 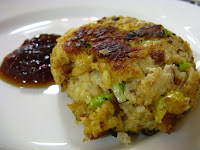 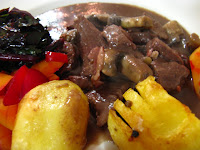 We left weary and sated with our enormous bags of bread, our Real Bread aprons, a pair of scrapers and a copy of Andrew’s excellent book, Bread Matters. Which is another weighty if welcome tome to add to the cumulative weight of all the slim volumes of verse I’ve been attracting. I guess I’ll be helping the Royal Mail to build its Christmas profits before I leave…