Drove up to Nanaimo on Saturday, in the always entertaining company of Peter Such, to a regional meeting of the Writers Union of Canada.

As ever there were lots of things to talk about. The digitalization initiatives of libraries is a looming concern: what will it do to our already slender income (according to our regional rep’s research the average income for Canadian writers is $11,000 – well below the poverty line)? How on earth can it be done without violating an author’s copyright? These initiatives place at risk the very channels through which Canadian writers have managed – by virtue of some very hard battles fought by our union members among others – to receive some reliable payments for their created works: copyright payments and PLR, as well as royalties; and publishers, whose sales and subsidiary rights deals will be jeopardized, have big concerns about their digital income prospects as well.

Writers were asked to consider doing something for Freedom to Read Week this week, February 26th-March 4th.

My lovely publisher, Oolichan’s General Editor Hiro Boga, a writer herself (ambidextrous: she’s published a novel and a poetry collection) was also at the meeting, so we got to talk shop for a moment or two. Peter had swiftly stepped in when I mused aloud about where I would have my book launch for Cartography, and so it will be at his fabulous home, sometime in April. 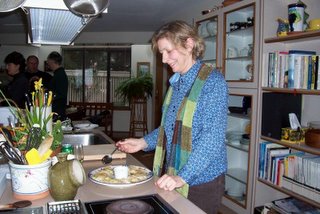 At the potluck meal which followed, our BC rep Marion Quednau demonstrated her finesse with some hand made perogies, which she’d bought on Terminal Avenue in Nanaimo. She says she likes them best boiled and then gently browned in butter till golden; her secret weapons are leeks and cumin, and of course she serves them with a dollop of sour cream. Lots of other good stuff: home smoked oysters, dolmathes, chocolate mousse cake. Enough ballast to set off back down-island through snow flurries which tapered off as we approached Victoria.

Looking forward to the BBC Afternoon Play on Monday – a broadcast of Rapture, the TS Eliot award winning poems by Carol Ann Duffy. Online for 7 days from broadcast. 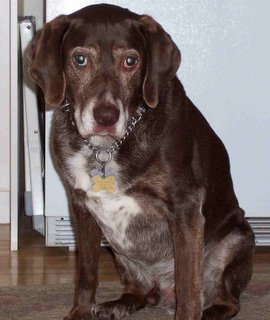 And finally, I welcome back Anton the Orphan, who spent three weeks working with me as my personal trainer before I headed to the writing retreat, and who will be lodging here for another week while his current custodian is otherwise occupied. He is being fostered through a great animal rescue society called Animals for Life – it is a sort of animal shelter, but its shelters are all private homes. They have a charity shop in Sidney which you’re advised to steer clear of if you have a weakness for kittens, as they keep a cage of them there which is always surrounded by animal lovers.