As the canning season progresses, it might be useful to refer to the Table of Condiments for guidance. I’m not sure how accurate it is, but it’s entertaining!

The Slow Food Vancouver Island & Gulf Islands convivium has been eventless for some months, so it was with joy and sunshine we celebrated the love-apple yesterday at Haliburton farm, hosted by the delightful Dayle of Terralicious gardening & cooking school. 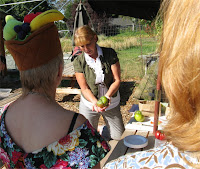 We brought tomatoes for tasting 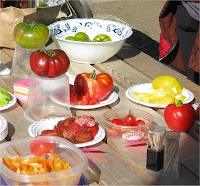 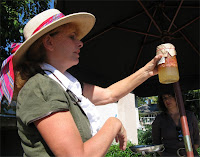 and then chowed down

on some extraordinary grub. I must say that Slow Food events have the best tasting food, and the most enthusiastic diners. 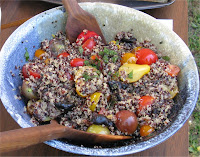 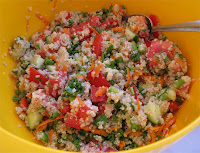 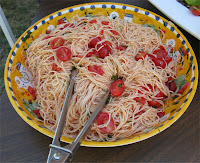 Dayle even dropped a perfect loaf of hot bread 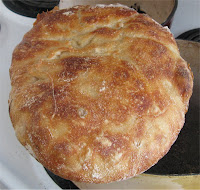 on the table which we fell upon with as much enthusiasm as we could muster, given the wonders that had preceded it. She had made this pretty Andy Warhol Cake 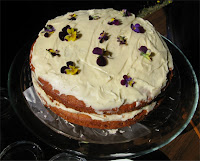 which turns out to be a reincarnation of ye olde tomato soup cake, but she made it with heirloom tomatoes, of course. And Joan’s green tomato and apple crisp was an inspiration! 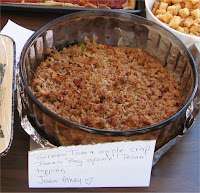 Then we had a tour of the farm which was, like us, baking gently in some late season sunshine. 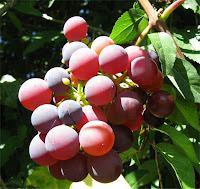 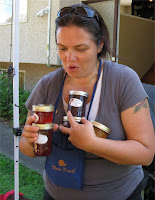 but are holding off awarding the grand prizes (a place on a Terralicious course, a night for two at Sooke Harbour House) to award with signed copies of Michael Pollan‘s books, at a Slow Food sponsored screening of Food, Inc. at Cinecenta on September 22.