I paid a fleeting visit to a session on GMOs, functional foods and nutraceuticals, both areas of concern for Slow Food, whose No-GMO campaign was visible during the week. 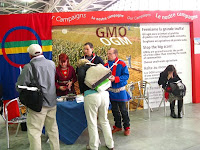 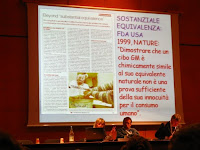 which has been contested since the nineties, and yet is still in use to allow GMOs into our countries. There are many other sources of information which call into question the science upon which the policies pursued by governments are based. And with that I had to flee to a tasting, about which more another time.

Paid an even briefer visit to the Earth Workshop on organic and biodynamic farming, which was underway when I arrived. 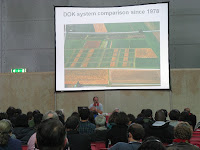