Slowing down in Victoria 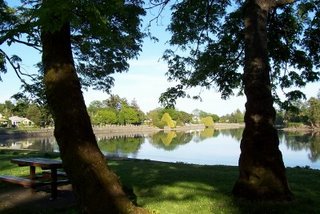 It’s been a busy and beautiful week in Victoria. Little actual reading or cooking going on.. although much thinking about food, many walks, anguished glances at dehydrating garden, and even a little fence painting happening — until the clouds gather just in time for the long weekend. Funny, I think this might be the first time I’ve been in Victoria for Victoria Day in four years.

In talking to various people about various things, I have been surprised at the number of those who’ve never heard of the Slow Food movement. Even here in Victoria we have a proponent, although it is a fact that not many of my circle dine regularly at Sooke Harbour House.

promotes food and wine culture, but also defends food and agricultural biodiversity worldwide. It opposes the standardisation of taste, defends the need for consumer information, protects cultural identities tied to food and gastronomic traditions, safeguards foods and cultivation and processing techniques inherited from tradition and defends domestic and wild animal and vegetable species.

All very topical on Vancouver Island, where small food producers are trying their best to promote local and artisan products through such vehicles as the Small Scale Food Processor Association, and where Victoria flogs culinary tourism even as our surrounding farmland is being diminished by pro-development municipal councils.

There’s a Slow Food blog in Washington State which gives a helpful primer, and there’s information on the Canadian arm (fork? table?) on its own website; Slow Food Vancouver also has a website.