Even the horses wear tartan. 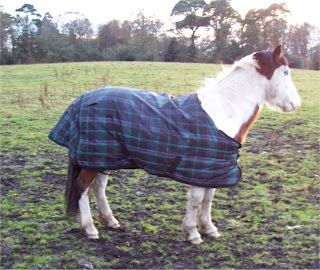 And you must always, always, watch where you step. 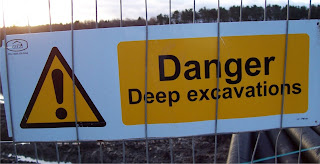 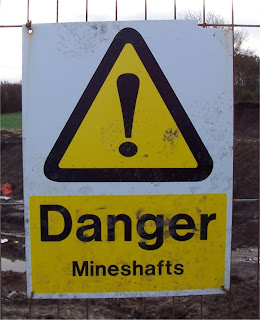 And the plants are so large they get their own right of way. 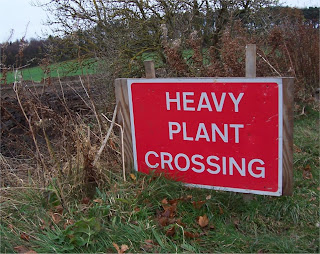 And the Scots are so hardy they take their baths outside. 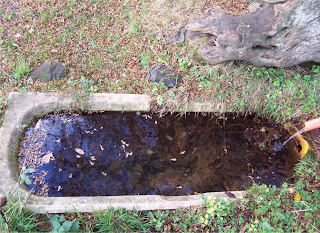 Well. Beyond all that, the writing has gone well this week, but what I’ve been constantly enjoying is all the reading.

Here’s a great discovery, thanks to Sian who found it in The Faber book of Twentieth-Century Scottish Poetry: Elma Mitchell, who begins “Thoughts after Ruskin” this way:

Women reminded him of lilies and roses.
Me they remind rather of blood and soap,
Armed with a warm rag, assaulting noses,
Ears, neck, mouth and all the secret places:

Armed with a sharp knife, cutting up liver,
Holding hearts to bleed under a running tap,
Gutting and stuffing, pickling and preserving,
Scalding, blanching, broiling, pulverising,
– All the terrible chemistry of their kitchens…

And from the same anthology, I enjoyed “Chinese Poem” from Iain Crichton Smith, as I too have been wondering

When shall I see the city again,
its high towers and insurance offices,
its glare of unprincipled glass?

Rather too soon I am sure. And once I’m there perhaps I will be eating some of George MacBeth‘s material from “An Ode to English Food”:

luscious morsels of you! Heap high the
groaning platter with pink fillets, suckling pig and
thick gammon, celestial chef. Be generous with the
crackling. Let your hand slip with the gravy trough,
dispensing plenty. Yes, gravy, I give you your due,
too. O savoury and delightsome gravy, toothsome
over

the soft white backs of my English potatoes,
fragrant with steam. Brave King Edwards, rough-
backed in your dry scrubbed excellence, or with
butter, salty.

And another Scottish treasure I’ll be looking for is W.S. Graham, who died in 1986 but whose Nightfishing (1955) still gets hailed as a model of writing about the fishing life. He writes well about the cold, too, in “Malcom Mooney’s Land” which I read in hopeful anticipation of prairie blizzards (experienced from a warm and safe observation point) in my future…

From wherever it is I urge these words
To find their subtle vents, the northern dazzle
of silence cranes to watch. Footprint on foot
Print, word on word, and each on a fool’s errand.
…
From the rimed bag of sleep, Wednesday,
My words crackle in the early air.
Thistles of ice about my chin.
My dreams, my breath a ruff of crystals.
the new ice falls from canvas walls.

Just taking a last look round Edinburgh before I vanish back down south on Saturday and way back west on Tuesday. The city is, as you might expect, full of Christmas buzz, although the bus system is making me cranky and is a sterling example of the evils of privatisation. Here’s a challenge to all: in what other major city on the planet can you find multiple bus companies running separate services along many of the same routes, where the companies do not accept one another’s day passes, and where the bus drivers can only sell you day passes that work on that service? The maps (like those of Parma) are a confusing if colourful spaghetti-like maze and I suppose that the colourblind bus riders of Scotland have all long since given up and moved away. Or bought cars.

The main attractions for me today were to see the Joan Eardley exhibition I’d been hearing about, and to see what was up at the ethical Christmas fair on Princes Street. The sun is shining, the wind is blowing, and ever so occasionally, there’s a little smack of mist.

One Response to Scotland, a scary place