Lots of fruit to pick these days. I’ve been blackberrying, of course 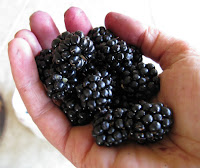 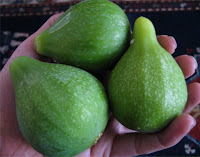 and I joined my first pick with the Fruit Tree Project, where I obtained a quantity of yellow plums. 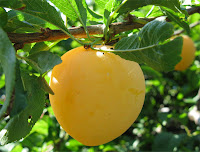 LifeCycles organizes this project in Victoria, which makes use of what would be otherwise wasted urban fruit. Owners register their trees with the project and then LifeCycles sends a team of volunteers equipped with picking aprons and orchard ladders who strip the tree, clean up and distribute the fruit – a share to the owner, a share to the pickers and the rest to LifeCycles which distributes or processes the fruit. Contemporary gleaning I suppose. The tree on Sunday looked like this when we began 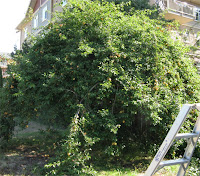 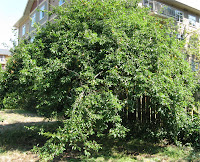 because the tree was absolutely laden and we were short-handed, but more importantly short-fruit-boxed. We filled all these cartons 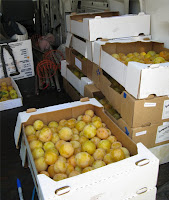 and departed, promising the owner a second pick one evening.

Come time to deal with all this bounty, I recommend The National Center for Home Preservation which covers most things extremely well– but a laptop in my kitchen is a dangerous thing… for weeks, my counter has been a massive sprawl of books, print-outs, jars, sugar, tongs, lemons, cutting boards. And the omnipresent fruit flies who are watching proceedings with interest. 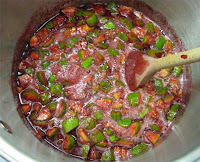 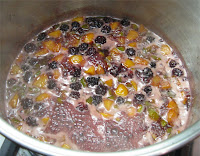 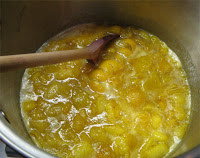 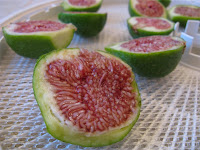 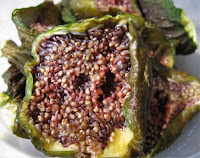 and even a little baking (happy revival of the Lightning Cake!) 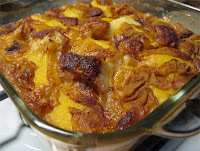 And now I must can the rest of the plums. For the tomatoes are starting to ripen.

Thinking of jam making, which has been documented well and poetically by the likes of Maxine Kumin, I came across this snotty poem which claims to know whose history is more-important-with-a-capital-I. Preserving does seem to be one of the last barriers between the genders: although I know men who can vegetables and pickles and fish, I know precious few who make jam (though plenty who eat it). As a public experiment, may I suggest you attend a preserving workshop sometime and count the number of men in the class and interrogate them for their views on this. It is puzzling that more men appear to be willing and interested to learn how to grow things than to to preserve the fruits of their labour. Whence cometh this jam stigma?