The workshop ended on Friday, after a few more mouthfuls of food and poetry. We had readings several evenings during the week, the first from Tammy who read some of her travel poems; then a reading by all of us; then a reading of poems by others that we wanted to share, which included a few more Elizabeth Bishop poems, including The Moose. I read Maxine Kumin’s Custodian, David Cavanagh’s Montreal Blues, and Carolyn Forche’s For the Stranger.

Thursday lunch featured some of the most exquisite sausages, made by the local butcher (whose shop is, as you might have guessed, the location of the village post office). 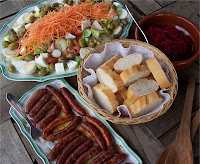 On Thursday night, some more of those clever little squiddy things – this time stuffed with meat and cooked in tomato sauce – and a school of big happy sea bass swam our way, with a lucious veggie dish featuring aubergines, peppers and potatoes in a tomato sauce. 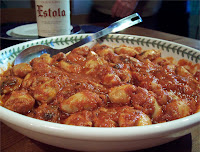 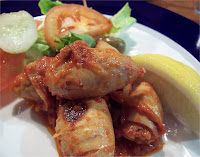 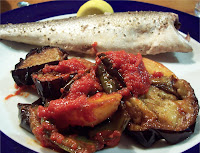 One of our number celebrated her fiftieth birthday that night, and there was cake – an ethereal tiramisu that I suspect made all but the celebrant wish it was our birthday too. 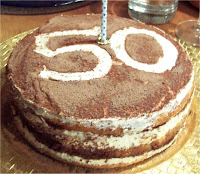 On Friday, there were more fab salads and tuna pastries 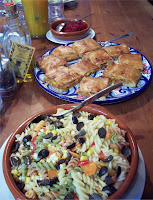 and a finale dinner of chicken and aubergine and zucchini and some potatoes in cream, followed by fresh fruit with warm custard. 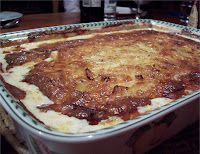 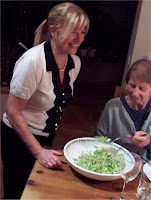 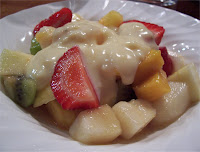 Our last morning was a surprise as those of us who had not already left for the airport before 7.30 am were awakened by drums and flutes and some harmonious singing as the village wound its way to the church, pausing to sing to the saints on the wall plaques on the houses. As we had a plaque, we got a lovely serenade, which receded up the street. The event – the Mare de Deu d’Abril – marks the miraculous end of drought in the village in 1711. 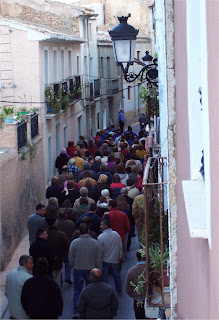 And then before we knew it it was time to leave. A long but mercifully uneventful day hanging about Alicante airport, lunching on more noodle soup 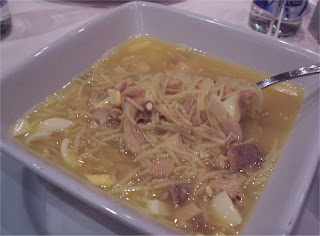 and a bit of tuna 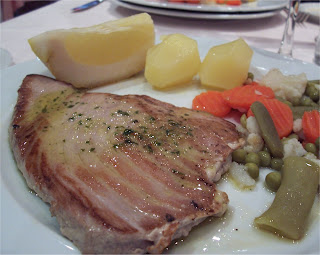 and one last flan, 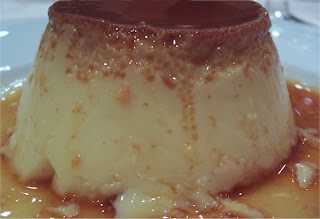 and then up and away and back to a freshly scrubbed London where the rain had eased off by arrival time. Now readying myself for the journey back to Canada on Wednesday.