A lovely weekend in Paris. We travelled up by TGV, which was a swift and smooth ride, and as soon as humanly possible after disembarking we found ourselves a pleasant lunch. For me, some lamb chops 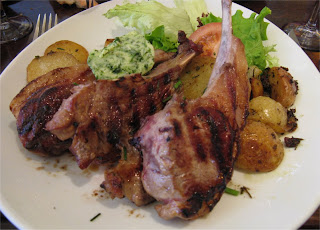 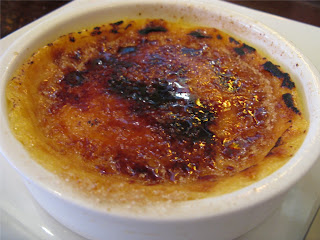 Supper on Saturday night was prefixed by a trying stroll to the restaurant. Apparently there was a techno-parade heading our way and the streets of the Marais were thronged with Parisian youth seemingly attempting to out-drink and generally out-yob their British counterparts, and we had to pick our way carefully through what had become an open pissoir and vomitorium.

Putting all that thankfully behind us we settled in for a happy return to le Bistrot de L’Oulette where we embarked on a series of unusual delights. My starter was one of the best I’ve tasted: escargots with artichokes; tender and perfect: 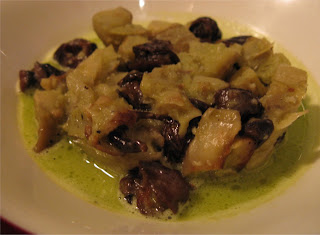 followed by oxtail with foie gras wrapped in a cabbage leaf 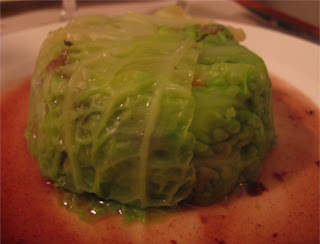 and finishing with icecream – prunes with armagnac. 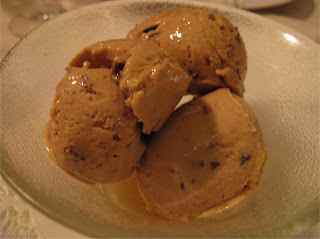 Sunday we visited the newly opened Musée de la Chasse et de la Nature, which was excellent, stylish and unusual, from the courtyard 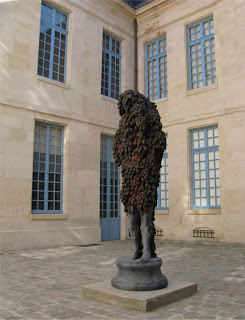 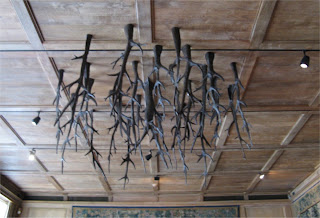 and even the toilettes were suitably attired: 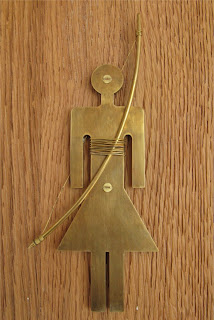 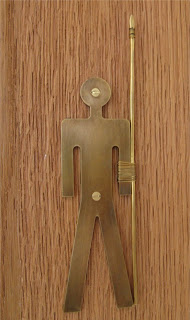 We hastened then to fortify ourselves with a splendid salad 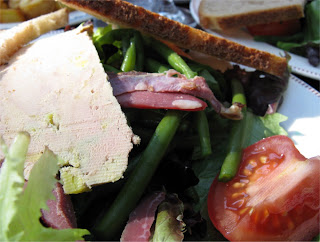 and then joined many, many Parisians in the Luxembourg gardens 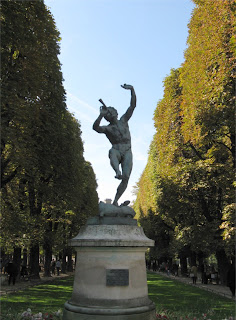 where we found ourselves in a queue to see the greenhouses, which are normally closed to the public (it was a holiday though, so they were open for two days only) and which have a stunning collection of orchids 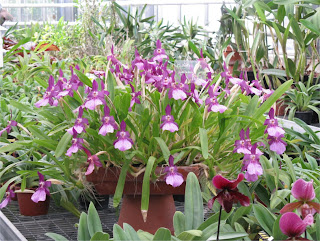 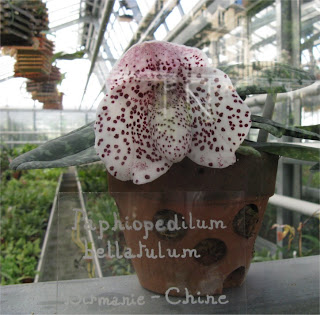 They have one or two dahlias too… 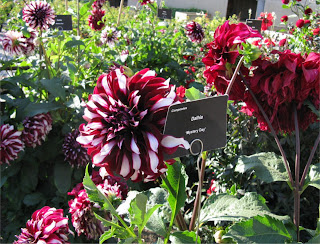 and lots of fruit: 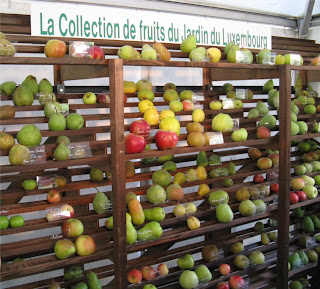 Even more interestingly, they have bees 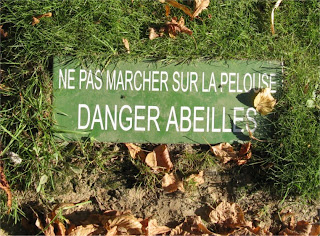 in many hives. They were selling the honey the day we were there, but had sold out within an hour; I gather it’s an extremely popular annual event. 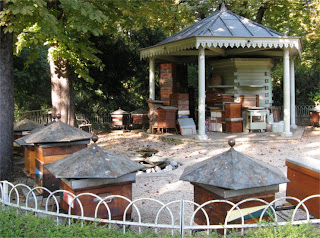 We stopped to refresh ourselves with an Italian-style gelato from Amorino: 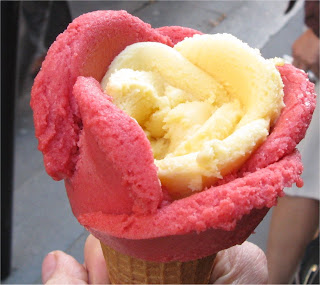 Foot-weary we managed to limp to a supper engagement at Chez Janou which is seemingly always heaving with custom, and rightly so. 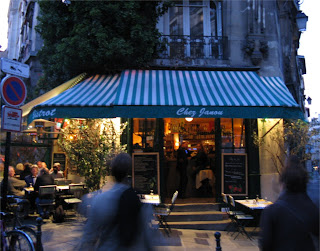 My starter was a many-splendoured salad incorporating avocado, crayfish and pink grapefruit… 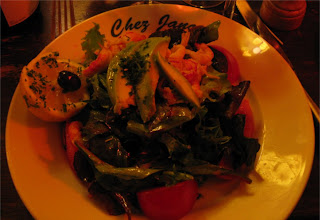 After some concentrated walking and shopping on Monday morning, our last lunch was upon us before we knew it. We settled into a cafe near Place des Vosges. 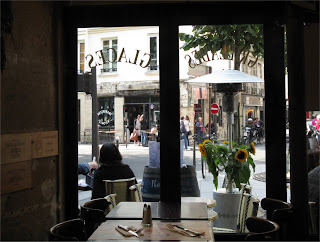 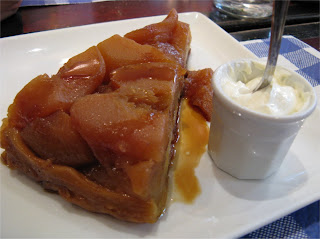 And finally boarded the Eurostar for the trip back to London. We were lucky to have no trouble getting ourselves back, since one of the tunnels is still closed and there are delays and cancellations which will go on for a while yet.