The new food movie, Food, Inc. is rumbling towards us, putting the North American food story into a form fit for mass public consumption. So galling are its discussions of large scale corporate interests that it’s provoked Monsanto into posting a page about the film; protesting, one senses, a bit too much. Pretty good PR for the film-makers in any case. Looks like it will get lots of media interest, with features out already from Salon to the New York Times to the Rolling Stone with more certain to follow as the releases roll on.

Bonnie sent me this link to National Geographic’s thoughtful assessment of the irreconcilable ratio between global food production and population growth: The Global Food Crisis: The End of Plenty.

Back here in “real” life, lest I think sometimes I’m spinning my wheels and accomplishing nothing, Haliburton Farm lets me see progress in my actions. Here’s a row of peas surrounded by smartweed 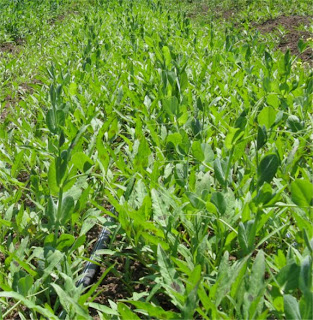 And the same field an hour or so later: 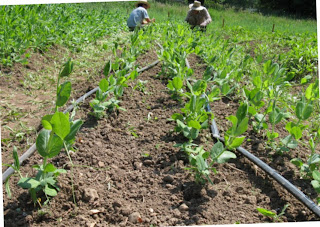 And a heron, which despite Anton’s attempts to make it fly-baby-fly, carried on minding its own business and finding much to munch in Cadboro Bay: 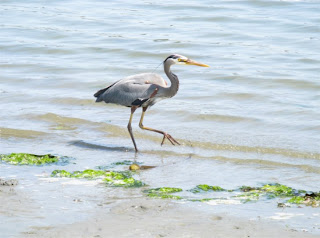 One Response to Food, Inc. and weeds etc.