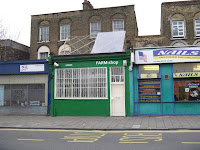 Last weekend I visited a shop that had been turned into a farm… in the middle of London!

The Farm:shop, on Dalston Lane, is a treasure and a model of imaginative thinking. Its creators, Paul, Andy and Sam, responded to an invitation by Hackney to propose uses for empty shopfronts, and landed a small grant for basic materials, and a year of rent-free access. They’ve established partnerships with local businesses who are funding different rooms and hope to be able to turn to commercial application some of the ideas being given room to grow.

You enter a hallway that is mapped and pegged with small shelves. 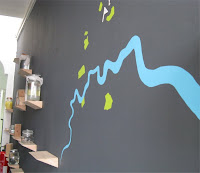 This is the Bacteria Wall, which local artist Synnøve Fredericks is using to explore the possibilities of shared fermentation. She’s using kefir grains she found on Freecycle 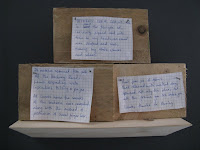 to make other fermented beverages – ginger beer at present – that can then be shared and cultured by others, and plans to map them on the wall. 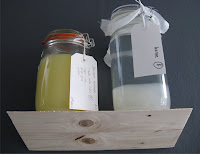 The front room is bright and foggy-windowed from the fish tanks, which will soon be stocked with tilapia; they aim to feed these with the larvae of soldier flies which they’ll nurture on their own compost. On the lower right are tanks for freshwater prawns who will feed on the fish waste. The white pots on the left will be filled with hydroponic plants that can be turned on their poles to catch even light. Racks on the right have hydroponic salad greens. The whole system is connected by pipes but is really, as Sam put it, just a differently-shaped pond.

The demonstration fish are enjoying the space. 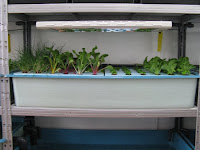 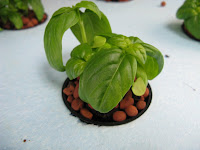 The propagation room will soon become a cafe so that people can watch the seedlings grow while they have a snack which may or may not include farm shop-grown food. Part of the point of the exercise is to show how much space is needed to grow food: all the food produced in this farm shop will not supply its cafe. 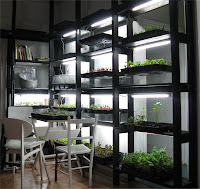 Seedlings are propagated in cubes of rockwool and plastic composites. 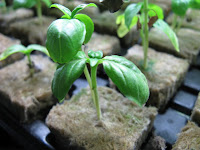 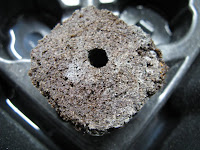 The green wall in the stairway… 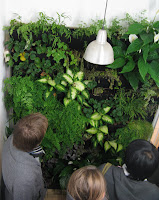 The “late summer room” includes tomatoes and peppers grown in light and heat conditions that promote fruiting. The lighting system is cooled by air; the ducting will be used to send heat into other rooms. 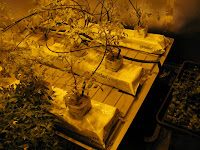 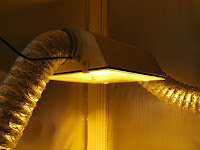 The basil wall will soon be joined by a parsley and a mint wall. 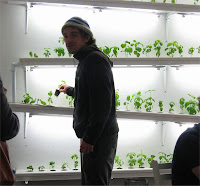 There’s a polytunnel in the back, which will be used for winter greens, and many more things in the summer. They’ll be getting pigs – only small ones – who will be given a run along the side of the tunnel and fed leftovers from the garden in exchange for some rooting and composting work on their parts, before they leave again for the fields. 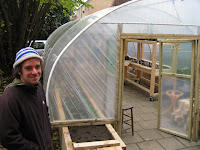 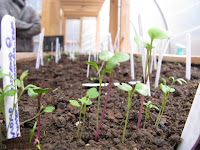 And then there are the chickens on the roof, which sixty years ago were a common feature in London gardens. From their vantage point they can see the tops of double-deckers running along Dalston Lane. There are only four of them, so not a huge volume of eggs expected. They live on a layer of leaf mulch which gives them something to pick through and ends up as a nice bit of compost. 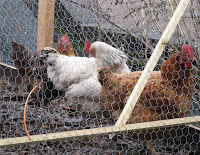 After stopping at the co-op cafe on the corner for a fortifying bowl of sweet potato and squash soup (with some excellent bread, and a bottle of a surprisingly delicious dandelion & burdock beverage) 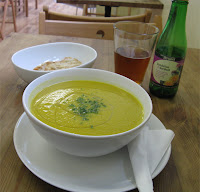 I stopped in at the Eastern Curve Garden 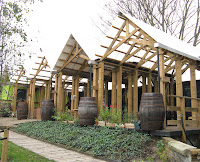 which has been going since July and provides a green oasis for locals, 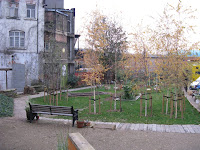 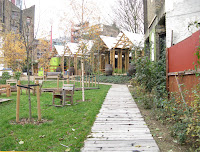 as well as a meeting space 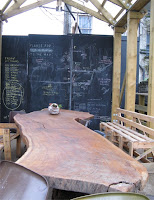 for architectural students among others. They’ve offered a number of programs for children and adults which have proved very popular. 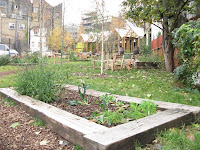 and some planted with winter greens.

Some of the Eastern Curve’s peppers that had needed warmth and shelter are now residing uner the Farm: shop’s polytunnel.