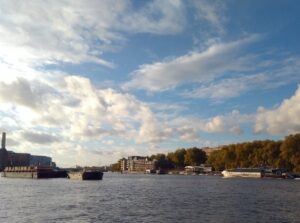 Departure day looms; I had a nice sunny afternoon yesterday for a final wander round Vauxhall as I prepared myself and my bags to move along.

Fate is a funny fellow. It had initially added to my carefully planned trip to London a week of train strikes, one of these incorporating a tube strike for additional merriment. 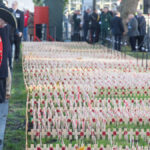 Then the tube strike scheduled for November 3 was shifted to today, in order to avoid a clash with the Royal British Legion’s London Poppy Day appeal. So instead, the usual transit aftermath will spill into Remembrance Day itself -?! – and I had to take evasive action in order to avoid missing my flight this afternoon.

Well, this evasive action allowed me to discover routes and areas of London I hadn’t been familiar with. I travelled to Stanwell yesterday, where I found an Airbnb bed for the night, only 10 minutes or so from Heathrow.

All this brings back memories of my year in Italy, where transport strikes (scioperi) are so embedded, they have their own website. The BBC has its own advice on how to cope with a tube strike.. but so far nothing on offer about how to cope with the upcoming nursing strike, a whole new level of pain for my other country.

This entry was posted in London, travel. Bookmark the permalink.