Have received a couple of notices now about the Google Book settlement. Anyone who owns a US copyright interest in a book that might be included in Google’s mass digitization enterprise (apparently this is any US author (or heirs) and any author (or heirs) whose country has copyright agreements with the US = so, just about every published person I’d know) is invited to read the settlement notice and get their forms in by the relevant deadline (to opt out and reserve the right to sue Google, it’s May 2009; those wanting cash settlements for digitized works have until January 2010). Members of Access Copyright can sign up for web seminars to learn more.

Thursday night’s Malahat Review reading to celebrate The Green Imagination – the environmental issue – and tribute to former editor Constance Rooke, was exceedingly well attended. Audience members were plied with cake and offered fair trade coffee and Silk Road teas; palms were crossed with chocolate to fortify us in our quest for seats in an overflowing 150-seat theatre.

The event began with a song 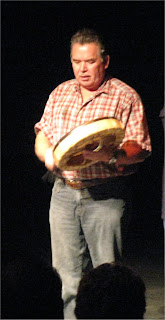 and then an intro by the issue’s editor, Jay Ruzesky, 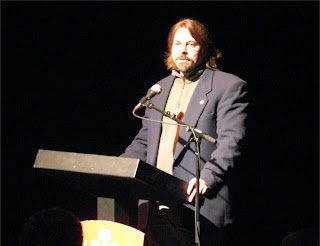 followed by readings of prose and poetry. A question and answer session followed, with all available contributors 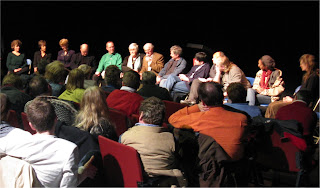 back on stage. Here, Lilburn speaks 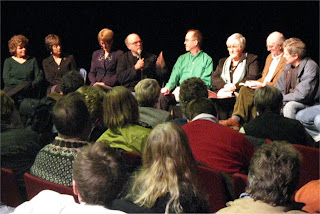 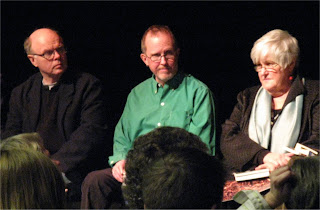 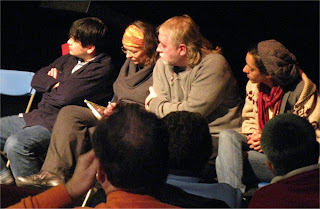