Bonet and no doctor

A week ago, high up on Mt Washington, the view from the kitchen window looked like this: 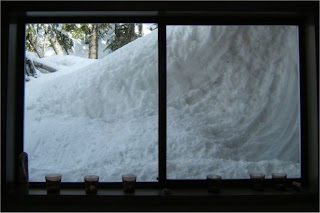 And down here at sea level this weekend, the view was more like this: 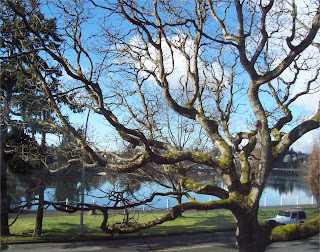 In other news, I got into a caramel crisis trying to make a version of bonet, but luckily found this tip sheet for caramel makers. Unluckily it didn’t save the caramel from solidifying into a solid mass. It did make me think about cajeta, though, which came into my life in my school days, thanks to kind fellow students from Mexico, and this variation, Dulce de Leche.

I had embarked on the bonet project because I have been reading Slow Food Revolution (very slowly) and was charmed by the amount of bonet consumed by the movers and shakers while they were forming the Slow Food movement. The book, naturally, lists the menus from important meetings during the movement’s early years, and enumerates as well some of the many, many fine wines consumed by what was from the outset a group of dedicated diners who were curious about wines, and evolved into eco-gastronomes along the way. And provides an early draft of the Slow Food Manifesto, which originally began:

The culture of our times rests on a false interpretation of industrial civilization: in the name of dynamism and acceleration, man invents machines to find relief from work but at the same time adopts the machine as a model of how to live his life. This leads to self-destruction; Homo sapiens is now so consumed by the cycle of production, consumption, and overconsumption that he has been reduced to the status of an endangered species… The fast life has been systematically proposed for or actually imposed on every kind of form and every attitude, as if in a risky attempt to culturally and genetically remodel the human animal…

Well, I’m doing what I can to live slowly. Unfortunately one of the things slowing me down is trying to replace my abruptly retired doctor with a new one, only this town is extremely short of doctors, and I’ve yet to find one who can take me on. Where can they all be? Why aren’t they flocking here? Evidently they are nowhere to be found in this country, as there are shortages of them across the country.

0 Responses to Bonet and no doctor